Podcast with ARLO HILL from SHOWBIZ CHICAGO on Vimeo.

Broadway’s ARLO HILL discusses his cabaret show I’VE BEEN IN LOVE BEFORE: THE SONGS AND STORIES OF FRANK LOESSER which he will perform at New York City’s 54 Below on July 2, 2014. For more information visit arlohill.com and 54below.com. 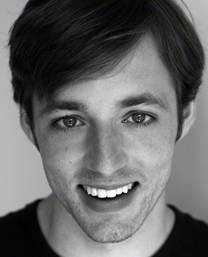 Arlo, winner of the 2014 Lotte Lenya Competition, is an actor and singer on Broadway and off. A graduate of Harvard University, Arlo appears in the Broadway cast of The Phantom of the Opera and in the cabaret Jacques Brel Returns! at the Triad. He was recently seen singing “Standing on the Corner” in the Encores! production of The Most Happy Fella at City Center. Other credits include Little Me, Gentlemen Prefer Blondes, Where’s Charley? (Encores), and the televised, Emmy-nominated Carousel with the New York Philharmonic. A resident artist with Sightline Theater, Arlo has devised and performed in Hold Music (Ars Nova; Culture Project), One Arm and a Leg (HERE), and that time… (Dixon Place). Regional work includes Gentlemen Prefer Blondes (Henry Spofford) and Fiddler on the Roof (Fyedka).

54 BELOW, Broadway’s Supper Club, presents ARLO HILL in I’VE BEEN IN LOVE BEFORE: THE SONGS AND STORIES OF FRANK LOESSER on Wednesday July 2nd. I’VE BEEN IN LOVE BEFORE goes behind the scenes with the man who wrote Guys & Dolls, How to Succeed in Business Without Really Trying, “Baby it’s Cold Outside,” and much, much more.  A brash college dropout journeys from the back rooms of the Tin Pan Alley to the silver screen of Hollywood to the Great White Way — and through two marriages, five Broadway shows, and over 700 songs of life and love.

Arlo Hill (The Phantom of the Opera, The Most Happy Fella, Jacques Brel Returns!) sings with pianist and music

director Rick Hip-Flores (Rocky, Beautiful, We Will Rock You), joined by guest artists from the cast of The Most Happy Fella at Encores!

54 BELOW, Broadway’s Supper Club, is the new performance venue in the grand tradition of New York City nightlife.  A few blocks from the heart of Times Square and just below the legendary Studio 54, 54 BELOW is a classically designed state-of-the art nightclub in the theatre district that hosts audiences with warmth and style.  The venue provides a food and beverage menu from early evening through the wee hours of the morning that is worthy of the world-class entertainment on the stage.  In their description of 54 BELOW, The New York Times writes “the club has the intimacy of a large living room with unimpeded views and impeccable sound; there is not a bad seat. Its sultry after-hours ambience is enhanced by brocade-patterned wall panels planted with orange-shaded lanterns. And the atmosphere is warmer and sexier than in Manhattan’s other major supper clubs.”  Located at 254 West 54th Street, 54 BELOW features up to three shows nightly with cover charges ranging from $15-$95.