Back by popular demand for a third season, the McCallum Theatre presents Palm Springs Legends III and the Legends Orchestra on Sunday, January 15, at 3:00pm. The top tribute artists honor the iconic stars who lived, and spent time, in the Palm Springs area – the legendary stars that made Palm Springs the place to be!

French Stewart and Vanessa Claire Stewart (Louis Prima and Keely Smith)
French is perhaps best known for portraying Harry Solomon in the TV series “3rd Rock from the Sun.” He has also appeared on “Mom,” “2 Broke Girls,” “Community,” “Private Practice,” “Bones,” and many others. A presence in Los Angeles theatre, his stage credits include his recent role as Buster Keaton in Stoneface at The Pasadena Playhouse. Vanessa has been portraying Keely Smith since 2007 in “Louis and Keely: Live at the Sahara” As a singer, she has appeared at Preservation Hall and Birdland and opened the Newport Beach Jazz Festival in 2009. She co-hosted the LA Weekly awards in 2009, and, in 2015, co-hosted the LA Ovation awards. 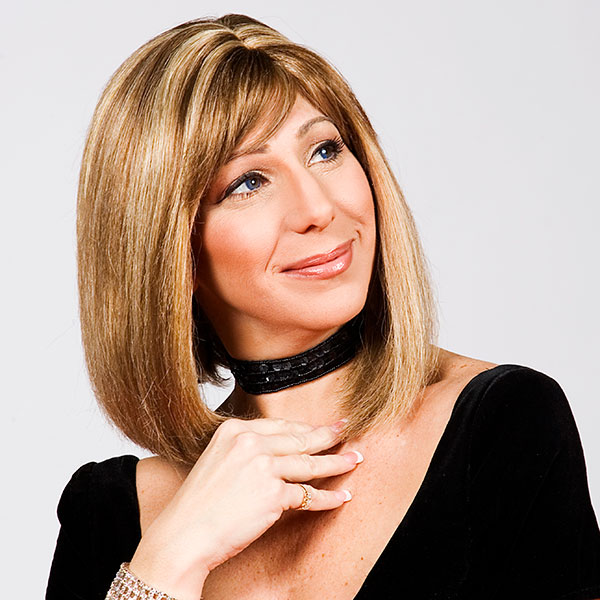 Sharon Owens (Barbra Streisand)
Sharon has been recreating the sound and style of Barbra Streisand since 2000, beginning in “Legends in Concert” and in Berlin for “Stars in Concert.” She has performed on numerous shows, toured the world as a Streisand tribute and headlines her own show “Barbra and Frank, The Concert That Never Was” which has been running in Las Vegas for 10 years. Her incredible voice does mimic the Streisand style, yet her voice as a solo artist has a style of its own, mastering the Great American Songbook and standards.

Peter Salzer (George Burns)
Peter Salzer captures the look, voice and style of George Burns, one of America’s favorite actors and comedians. George’s long career spanned vaudeville, radio, television, the Oh God! films, and he won an Academy Award for his performance in The Sunshine Boys. For more than fifteen years, Peter has brought George Burns to life on the stages of the Tropicana Showroom in Atlantic City, the Kimmel Center in Philadelphia, on cruise ships, and for many groups and organizations throughout the United States.

Jim Malmberg (Johnny Carson)
A former award-winning anchorman and reporter, Jim left television for a career impersonating Johnny Carson. His decision was determined by what can only be described as his uncanny resemblance to the “King of Late Night,” both in sight and sound. When his news director at the CBS affiliate in Phoenix suggested Jim might do his news anchoring as “Johnny,” Jim figured it was time to take the show on the road.
Since creating “Johnny” in 1984, Jim’s been both busy and successful, entertaining audiences from coast-to-coast.

Lambus Dean (Sammy Davis, Jr.)
A Chicago native, Lambus discovered singing while in his teenage years, Lambus is a sought after performer in Las Vegas casinos big and small. He has performed with a Temptation Tribute group, and with his perfect impersonation of Sammy Davis Jr. in numerous Rat Pack ensembles. Lambus also had the starring role portraying Sam Cooke in “A Change is Gonna Come.” He produced and starred in his own show entitled “A Musical Journey on Route 66,” a production at the Westward Ho Casino on the strip in 2004.

Bonnie Bowden as Doris Day
Bonnie Bowden is among those rare artists equally at ease in a Jazz, Pop, Broadway or Classical setting. From Disneyland pop vocalist to lead soloist with Sergio Mendes, Bonnie has toured the world many times over and her voice has graced hundreds of recordings.  In recent years, she has performed with Big Band orchestras, symphony orchestras, cool jazz combos and in her acclaimed one woman show featuring a tribute to Doris Day to whom she has been compared to both vocally and visually throughout her career.

Lynn Roberts (Jimmy Durante)
Lynn Roberts has been performing professionally since he was 14 as a singer, multi-instrumentalist, band leader and impersonator. He started out as a musician, playing with famous big bands including Guy Lombardo, Jimmy Dorsey, Wayne King, Ted Weems, Russ Carlyle, Peter Palmer and many others, and was featured as a vocalist and instrumentalist. He frequently heard that he sounded or looked like certain stars. It caught on to the point where he was requested to do a show of just impersonations.

The Lindy Sisters (The McGuire Sisters)
Lynette, Loralie and Linda Lou have a heart for swing music. Singing together seemed as natural as breathing to this trio. It started when their church hosted a vintage car show. They jumped in and put their unique talents to good use by learning Andrews Sisters tunes for the event. Before the day was over, they were booked for paid gigs. Masters of 1940’s melodies, The Lindy Sisters have been mesmerizing audiences with their tight harmonies and scrumptious vocal arrangements of classic vintage swing.

Tickets for this performance of Palm Springs Legends III and The Legends Orchestra on Sunday, January 15, at 3:00pm are priced at $87, $67, $57 and $37. Tickets are available at the Theatre’s website at www.mccallumtheatre.com or by calling the McCallum Theatre Box Office at (760) 340-ARTS. The McCallum Theatre, located at 73000 Fred Waring Drive, Palm Desert CA 92260, accepts payment by cash, personal check, VISA, MasterCard, Discover and American Express.