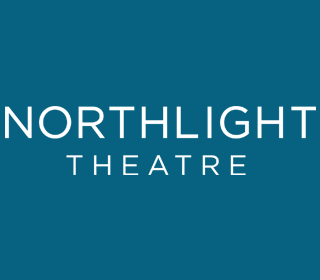 Northlight Theatre, under the direction of Artistic Director BJ Jones and Executive Director Timothy J. Evans, presents the World Premiere of Miss Bennet: Christmas at Pemberley. Miss Bennet: Christmas at Pemberley, written by Lauren Gunderson and Margot Melcon and directed by Jessica Thebus, runs November 10 – December 18, 2016 at Northlight Theatre, 9501 Skokie Blvd in Skokie. In this charmingly imagined sequel to Pride and Prejudice, the ever-dependable Mary Bennet is growing tired of her role as dutiful middle sister in the face of her siblings’ romantic escapades. When the family gathers for Christmas at Pemberley, an unexpected guest sparks Mary’s hopes for independence, an intellectual match, and possibly even love.

“We have watched Lauren Gunderson’s work with admiration for years, and when we learned that she and Margot Melcon had come up with a unique approach to Austen’s best-known work, we leapt at it,” comments BJ Jones. “This sequel imagines what happens to Elizabeth and Darcy after they marry and move to Pemberley, and in turn to the rest of the family, since not all have their storybook ending!  With the knowledge and expertise of Margot and the delightful and witty writing style of Lauren, the family has a new life, true to the original and fresh as the world premiere it is.  It is a delightful blend of literature, and theatrical verve, fit for the whole family. Set at Christmas time, it is the perfect choice for our holiday offering.”

JESSICA THEBUS (Director) is a director of theater and an educator based in Chicago. Past Northlight credits includeShining Lives: A Musical, Dr. Jekyll and Mr. Hyde, Inherit the Wind and Red Herring. At Steppenwolf, she has directed Sex with Strangers, Intimate Apparel, Dead Man’s Cell Phone, No Place Like Home, When the Messenger is Hot (also at 59 E 59th in NYC) and Sonia Flew. Other favorite projects:  Richard III(The Gift); In the Garden by Sarah Gmitter (Lookingglass);Buzzer by Tracy Scott Wilson (Goodman); Welcome Home Jenny Sutter (Next); As You Like It (Oregon Shakespeare); The Feast: an intimate Tempest (Chicago Shakespeare with Redmoon). She is Director of the Graduate Directing Program at Northwestern University.

LAUREN GUNDERSON (Playwright) is the most produced living playwright in America for 2016, the winner of the Lanford Wilson Award and the Steinberg/ATCA New Play Award, a finalist for the Susan Smith Blackburn Prize and John Gassner Award for Playwriting, and a recipient of the Mellon Foundation’s 3-Year Residency with Marin Theatre Co. She studied Southern Literature and Drama at Emory University, and Dramatic Writing at NYU’s Tisch School where she was a Reynolds Fellow in Social Entrepreneurship.  Her work is published at Playscripts (I and You, Exit, Pursued By A Bear, and Toil And Trouble), Dramatists (Silent Sky, Bauer) and Samuel French (Emilie). She is a proud Dramatists Guild member. She is from Atlanta, GA and lives in San Francisco.

MARGOT MELCON (Playwright) is the Program Executive for Promoting Culture at the Zellerbach Family Foundation.  Previously, she was the literary manager and dramaturg at Marin Theatre Company where she produced the New Works Reading Series and administered two annual new play prize competitions in addition to acting as production dramaturg on all shows. Prior to joining Marin Theatre in 2008, she worked in the literary and publications departments at A.C.T. in San Francisco. She is a freelance writer for American Theatre magazine and was a fellow at the National Critics Institute at the O’Neill Playwrights Festival. She is a graduate of California State University, Chico.

SAMANTHA BEACH (Elizabeth Darcy) returns to Northlight where she previously appeared in You Can’t Take it With You(u/s). Other Chicago credits include Red Bud (Signal Ensemble); In Loco Parentis (Next Theatre); The Explorers Club(u/s, Windy City Playhouse); and The Beecher Sisters (Awkward Pause). NYC credits include Three Sisters (Gowanus Arts + Production); and Kassandra (Juilliard Drama). She has appeared regionally in A Christmas Story and Sleep Rock Thy Brain (Actors Theatre of Louisville). Sam is also a playwright and her plays include Thing 100 (NHSI Cherubs, Agnes Nixon Festival), Welcome to the Laborhood (Northlight Education), and the book for a new musical, Mill Girls (The Music Theatre Company).  Her play, The Snare, will premiere this season at Jackalope Theatre. She studied at the Actors Theatre of Louisville (Apprenticeship) and Northwestern University.

EMILY BERMAN (Mary Bennet) is making her Northlight debut in Miss Bennet. Chicago credits include Sense and Sensibility(Chicago Shakespeare); Sondheim on Sondheim (Porchlight) and Days Like Today (Writers). Regional credits include Sense and Sensibility (Old Globe) and Assassins, The Diary of Annie Frank, and Hum of the Artic (Milwaukee Repertory Theater). Emily is a graduate of Milwaukee Repertory Theater’s Artistic Internship program, and holds her BFA in Acting from the University of Michigan.

ALEX GOODRICH (Fitzwilliam Darcy) is back at Northlight where previous credits include Shining Lives, Civil War Christmas and She Stoops to Conquer. Other Chicago credits include Hero: The Musical (Jeff Award, Best Supporting Actor – Musical), ELF the musical,  On The Town, I Love You, You’re Perfect, Now Change, For The Boys, How Can You Run …(Marriott); Old Jews Telling Jokes (Royal George); The Comedy of Errors, One Man Two Guvnors (Court); Everything Is Illuminated (Next); A Midsummer Night’s Dream (Indiana Repertory); The Emperor’s New Clothes, Taming of the Shrew, Aladdin (Chicago Shakespeare); Goodnight Moon, and Harold and the Purple Crayon (Chicago Children’s Theater).

JENNIFER LATIMORE (Lydia Wickham) is making her Northlight debut.  Her most recent credits include Ann in The African Company Presents Richard III and Chloe in Arcadia(American Players Theatre).

TOSIN MOROHUNFOLA (Charles Bingley) returns to Northlight after last season’s Butler. He is the founder of the Multicultural Theatre Initiative, where he served as Artistic Director for two years and produced four of his own original plays. His stage appearances include Goodman, New Victory (Off-Broadway), Lookingglass, Court, Unicorn, Creede Repertory, Heart of America Shakespeare Festival and Coterie, where he was Resident Artist for two years. In 2014, Tosin was honored with Best Supporting Actor from the Black Theatre Alliance for his role in The Gospel of Lovingkindness at Victory Gardens. In 2015, he wrote and directed his own original film On Sight. Other film: Destination Planet Negro, If Night Comes and Falling Apples. TV: Chicago Med (recurring role), Empire, Chicago Fire and APB. Tosin is a member of “Those People” Comedy and represented by Stewart Talent Chicago.

AILA PECK (Jane Bingley) making her debut at Northlight Theatre. Her Chicago theatre credits include The Royal Society of Antarctica (The Gift Theatre); 1984 (Steppenwolf for Young Adults); Brahman/I: A One Hijra Stand Up Comedy Show(About Face/Silk Road Rising) and The Elephant and the Whale(Chicago Children’s Theatre). Boston theatre credits:Brahman/I: A One Hijra Stand Up Comedy Show (CompanyOne) and The Who and the What (Huntington Theatre).  Aila is a proud graduate of The School at Steppenwolf and University of North Carolina School of the Arts. She is represented by Gray Talent Group.

This production is supported in part by an Edgerton Foundation for New Plays Award, and Mr. and Mrs. Nick Alexos.

Backstage with BJ is a mid-day discussion with Artistic Director BJ Jones, featuring special guest artists, actors, directors and designers, offering behind-the-scenes insight into each production while it is still in rehearsal.  Backstage with BJ for Miss Bennet will be held on November 4 at 12:00pm and will last approximately one hour.  Reservations are required, 847.679.9501 x3605 or specialevents@northlight.org.

at the Wilmette Public Library

AND December 7 from 11am-noon

at the Morton Grove Public Library

Artists from the production will discuss the context and process behind this literary-inspired world premiere.

All About Austen
December 1, Time TBA

at Bookends and Beginnings

Now in its 42nd season, the organization has mounted over 200 productions, including more than 40 world premieres.  Northlight has earned 198 Joseph Jefferson Award nominations and 34 Awards.  As one of the area’s premier theatre companies, Northlight is a regional magnet for critical and professional acclaim, as well as talent of the highest quality.