Northlight Theatre announces full casting for “By The Water” and “Relativity”

Northlight Theatre, under the direction of Artistic Director BJ Jones and Executive Director Timothy J. Evans, announces casting for the upcoming productions of By The Water by Sharyn Rothstein, directed by Cody Estle, and Relativity, a new play by Mark St. Germain, directed by BJ Jones.

Previously announced, Mike Nussbaum will play Albert Einstein inRelativity.  He will be joined by Katherine Keberlein as Margaret Harding and Ann Whitney as Helen Dukas. 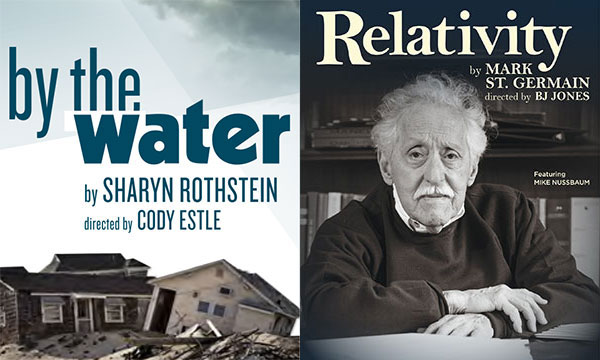 The remainder of the 2016-2017 Northlight season includes:

The World Premiere of

Eighteen-year-old Susie Glenn is on trial for conspiring to commit acts of terrorism, and recent Harvard Law grad and practicing Muslim, Claire Fathi, has been brought on to prosecute. Though pitted against one another in the courtroom, these two young women are fighting a similar battle to defend their morals, motives and religious freedoms in this riveting and timely new drama.

BY THE WATER
By Sharyn Rothstein

Hurricane Sandy has just ravaged the lifelong home of Marty and Mary Murphy. But the storm has ripped apart more than just the walls: with their neighbors too devastated to stay, the couple’s beloved Staten Island community is in danger of disappearing forever. Determined to rebuild, Marty wages a campaign to save his neighborhood and his home, but when the Murphys’ sons arrive to help their parents dig out, past betrayals come rushing to the surface.

With fierce compassion and poignant humor, the Primus Prize-winning play By the Water reminds us that the very powers that tear us apart can also bring us together. 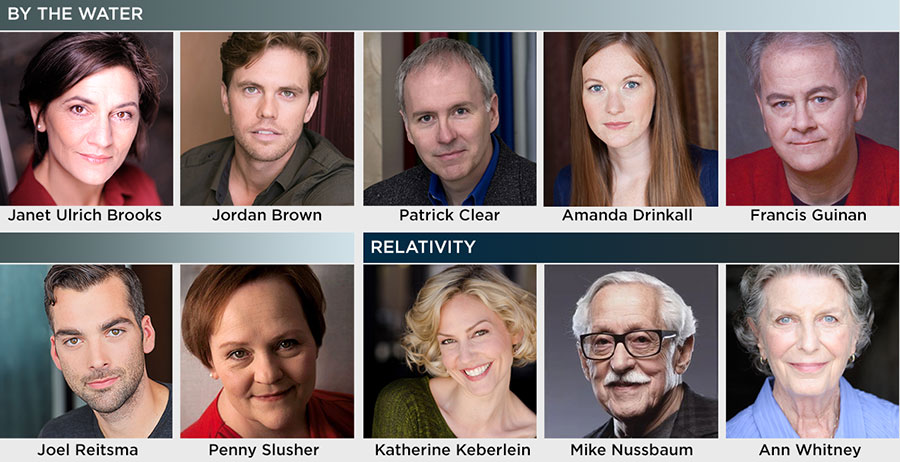 The cast is Mike Nussbaum, Katherine Keberlein and Ann Whitney.

In 1902 Albert and Mileva Einstein had a baby daughter. After 1904 she was never seen or spoken of again. Forty years later, a reporter interviews Einstein about this mysterious piece of his past, revealing shocking secrets about his family and his personal life. While the reporter questions Einstein on his theory of relativity and his decisions, she also poses a query of her own: to be a great man, does one first need to be a good man?

The author of Freud’s Last Session and Becoming Dr. Ruth showcases his signature blend of insight, intellect, humor and heart in this fictional account of a legendary figure.

Tickets for Faceless are currently on sale.  Tickets for By the Waterand Relativity will be on sale beginning January 2, 2017.  The Box Office is located at the North Shore Center for the Performing Arts, 9501 Skokie Boulevard, in Skokie.  Box Office hours are Monday-Friday 10:00am-5:00pm, and Saturdays 12:00pm-5:00pm. On performance days, the box office hours are extended through showtime. The Box Office is closed on Sundays, except on performance days when it is open two hours prior to showtime.

Now in its 42nd season, the organization has mounted over 200 productions, including more than 40 world premieres.  Northlight has earned 198 Joseph Jefferson Award nominations and 34 Awards.  As one of the area’s premier theatre companies, Northlight is a regional magnet for critical and professional acclaim, as well as talent of the highest quality.