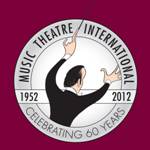 The school had previously participated in the Shubert Foundation/Music Theatre International Broadway Jr. Share but had ‘graduated’ out of the program.  MTI’s Chairman and CEO Freddie Gershon and his wife Myrna provided the school with the necessary funds to produce a musical production again this year.

The students came up with the idea of creating their own musical.  After studying Thomas Schumacher’s book “How Does The Show Go On?” and after three years of performing published musicals, and attending various performances on and off Broadway, they asked if they could write their own. They were inspired to tell their own stories about being bullied for being “different” and their desire to use their musical theatre skills to demonstrate to everyone the unknown talents and abilities they contain. By working with a composer/librettist through ArtsConnection, the gift allowed students to work in a more professional manner, learning to sing, perform vocal warm-ups, develop lyrics and build a musical from beginning to end. One of the students was so inspired he wrote his own original solo song.

The show, entitled A Powerful Day, allowed students to express themselves while simultaneously sending a positive message to their community.

“This award acknowledges The Spectrum School’s courage, talent and dedication in creating and performing a brand new musical about a difficult subject matter,” noted Gershon, recent Tony Honors recipient for Excellence in the Theatre and more specifically for conceiving the Broadway Jr. national project.

Representatives from MTI attended the performance and were touched and impressed as they watched the students’ hard work unfold on stage.  After seeing the students in action, MTI knew it had a recipient for the 2012 Courage in Theatre Award.

MTI presented the students who participated in creating and performing their original show as well as The Spectrum School’s arts education liaison Tessa Derfner, video/animation teacher Jason Foreman composer/librettist Scott Evan Davis and Principal Ronnie Shuster with the MTI Courage in Theatre Award during a special dinner hosted by the Gershons on June 20. New York City’s Department Of Education Peter Avery arranged for the cast to see the Broadway show Peter and the Starcatcher following the dinner.

Founded in 2007, the Award is not given annually; instead, it is presented when an arts organization has “confronted challenges that threaten their ability to explore or express their artistic vision in positive ways.”