Broadway In Chicago and Producers Kevin McCollum, Doug Morris andBerry Gordy are proud to announce that Chicago native Allison Semmes and Clifton Oliver have been cast in the leading roles of Diana Ross and Berry Gordy in MOTOWN THE MUSICAL.  The First National Tour begins performances April 22, 2014 at the Oriental Theatre in Chicago before continuing to cities across the country.  Additional casting will be announced soon. 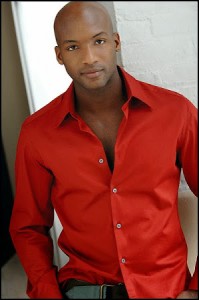 Allison Semmes (Diana Ross) is a Chicago native who received a B.M. Opera at UIUC, M.M. from NYU-Steinhardt.    Her Broadway credits include Motown the Musical (Florence Ballard) and The Book of Mormon (Nabalungi U/S, Swing).   Other credits include The Color Purple National Tour, Dreamgirls, Bubbling Brown Sugar, The Wiz and Candide.

Directed by Charles Randolph-Wright, MOTOWN THE MUSICAL is the true American dream story of Motown founder Berry Gordy’s journey from featherweight boxer to the heavyweight music mogul who launched the careers of Diana Ross, Michael Jackson, Stevie Wonder, Smokey Robinson, Marvin Gaye and so many more.

Featuring more than 50 classic hits such as “My Girl” and “Ain’t No Mountain High Enough,” MOTOWN THE MUSICAL tells the story behind the hits as Diana, Smokey, Berry and the whole Motown family fight against the odds to create the soundtrack of change in America. Motown shattered barriers, shaped our lives and made us all move to the same beat.

The performance schedule for MOTOWN THE MUSICAL is as follows: