Reviewed by: Matthew Perta    Highly Recommended
What happens to a man whose dream has been denied?  The answer to this question is the fuel that ignites August Wilson’s Pulitzer Prize and Tony Award-winning play Fences, the glorious finale to the Milwaukee Repertory Theater’s memorable 2015/16 season.
Fences tells the story of Troy Maxson, a sanitation worker who once showed promise as a baseball player, but whose dreams were cut short because he was a man of color – or so he believes – in the days before Jackie Robinson broke baseball’s color barrier to achieve legendary status.  The fence Troy is building around his house is a metaphor for what is going on inside of this man: He is unable to cope with a changing world – and wanting desperately to protect what is familiar to him.  “The world is changing around you and you can’t see it,” his wife Rose tells him.
Troy refuses to give sons Lyons and Cory the love and support they’re seeking.  When Cory asks Troy why he never liked him, Troy responds, “What law says I gotta like you?  A man has to take care of his family… I owe a responsibility to you.  I don’t have to like you…” Troy sees his role in life as family provider, and that’s it.  No more dreams.  We learn that Troy’s mother deserted him as a child.  He says that the “world was big” when he finally left his daddy’s house at age 14, and it took a while before “I could cut it down to size…”
When Troy admits to Rose he’s been seeing another woman – who is now carrying his child – Rose delivers an impassioned speech, reminding her unfaithful husband that she’s “been standing in the same spot, too.”  She’s had dreams, too, and that Troy is “not the only one with wants and needs.”
A man whose dreams have been taken from him becomes a tragic figure – reckless and blind to the needs of those around him.  This is Troy.  A dream needs an opportunity to be realized.  This is the message given to us by August Wilson.
This production of Fences is a thunderous grand slam, clearing the bases with powerful storytelling and sensational acting, the cast rising magnificently to the challenge offered by Wilson’s words.
If Tony Awards were given to cast members in regional productions, the actors in this production of Fences would be honored for mesmerizing work: David Alan Anderson as the embittered Troy; Kim Staunton as Troy’s supportive and self-sacrificing wife Rose; James T. Alfred as Lyons, the son wanting his father’s support; Marcus Naylor as Bono, Troy’s best friend and conscience; Terry Bellamy as Gabriel, Troy’s mentally-challenged relative and Edgar Sanchez as Cory, Troy’s youngest son whose burning desire to play football leads to explosive confrontations with his father.
Several cast members in this brilliant production of Fences have performed in Chicago: David Alan Anderson (“Troy”) and Edgar Sanchez (“Cory”) have appeared at the Court Theatre; James T. Alfred (“Lyons”) and Sanchez have performed at the Steppenwolf Theatre; and Terry Bellamy (“Gabriel”) has worked on stage at the Goodman Theatre.
Fences is directed by Lou Bellamy, the founder and co-artistic director of the Penumbra Theatre Company in St. Paul, Minnesota, one of the country’s premier theaters dedicated to exploring African American themes.
August Wilson’s Fences runs through May 22 in the Milwaukee Repertory Theater’s Quadracci Powerhouse at 108 E. Wells St., in the heart of the city’s downtown theater district.  For tickets visit www.MilwaukeeRep.com or call (414) 224-9490. 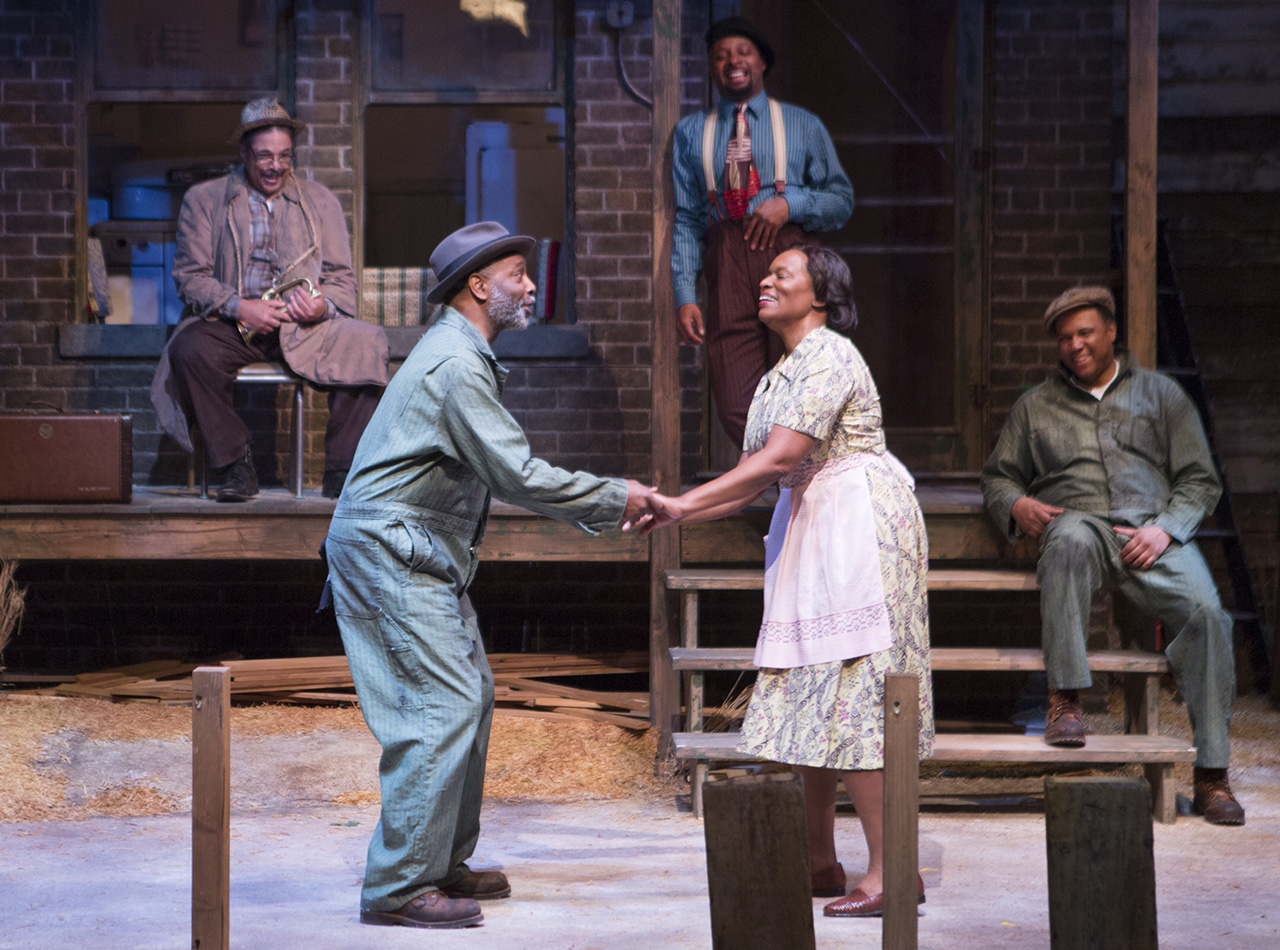