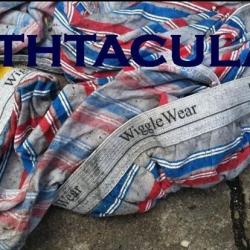 About Face Theatre, in association with Justin Brill, is pleased to launch its 2014-15 season with Methtacular!, written and performed by Steven Stafford and directed by Adam Fitzgerald.  In this Chicago premiere, Strafford shares his brutally honest and often comedic story of survival in the underground world of Chicago’s crystal meth scene. Methtacular! plays August 21 –September 28, 2014 at Theater Wit, 1229 W. Belmont Ave. in Chicago.  Tickets go on sale Tuesday, July 1, 2014 at www.aboufacetheatre.com, by calling (773) 975-8150 or in person at the Theater Wit Box Office.

Methtacular! is Steven Strafford’s hilarious and harrowing autobiographical account of his three years as a crystal meth addict in Chicago. Through comedy, songs, and plenty of honest storytelling, Strafford brings audiences on a journey through the chemical highs, devastating lows, and ultimate redemption from his drug addled, sex crazed life.

“After playing to sold-out crowds and rave reviews in New York, Cincinnati and Portland, this unique piece of theatre is finally coming home to Chicago where it was born and bred,” comments AFT Artistic Director Andrew Volkoff. “Crystal meth addiction has been a serious national problem for years in the gay community, and especially here in the Midwest.  A talented artist and brilliant storyteller, Steven shines a light on addiction that is at once funny and thought provoking, turning his journey down the rabbit hole into a compelling and comedic evening.  Virtuosic and soulbaringly honest, Methtacular! is a play that audiences won’t soon forget,” adds Volkoff.

Written and performed by: Steven Strafford

Steven Strafford (Playwright/Actor) is a Brooklyn-born, Jersey-raised actor and writer. His Chicago credits include work with Bailiwick Repertory and Theatre Hikes. Nationally, he has been seen in Spamalot (Original Vegas cast) as Prince Herbert and four other characters. He has worked regionally at Portland Stage Company, The Cape Playhouse, Sacramento Music Circus and Bakerloo Theatre Project and has performed across America in Peter Pan (with Cathy Rigby) in Europe in Grease! and in Asia in Cinderella (with Lea Salonga). In NYC, he appeared in The Mad Show at The York, Off-Broadway. He also created roles in several NYMF shows including Songs for a More Funnier World and To Paint the Earth. He can regularly be seen telling stories and sharing his writing at The Moth, Story Club and other live lit shows around Chicago.

Adam Fitzgerald (Director) New York credits include Ken Urban’s The Awake (New York Times Critic’s Pick), Methtacular! (Time Out NY Critics’ Pick), Killing Women (with Lisa Brescia); Lyric is Waiting (all with kef productions), Songs for a More Funnier World (NYMF), Getting the Business and A Dish for the Gods (for Rachel Reiner Productions), Michael I. Walker’s Letter from Algeria (GroundUp) and the concerts of Ali Ewoldt and Adam Jacobs’ Heart Full of Love (Town Hall) and Carner and Gregor¹s Island Song (92Y). Adam was the 2008-09 Directing Resident at Playwrights Horizons assisting Wilson Milam, Bartlett Sher and Kate Whoriskey on plays by Nicky Silver (Three Changes with Maura Tierney), Craig Lucas (Prayer for My Enemy with Victoria Clark, Michele Pawk and Jonathan Groff) and Christina Anderson (Inked Baby with LaChanze) and served as the 2007-08 Artistic Associate at Playhouse West where his production of Defiance garnered Critics Circle nominations for both Best Director and Best Production and was named in the Contra Costa Times top productions of the year.  Film/TV:  PSA for the Ad Council and GLSEN which won a national Talent House competition judged by Brett Ratner and Tom Ford; FIFTY2&NINE’s web series, Conversations with My Ex for GWIST TV (8 episodes); and American Blend, a new morning talk show.