On Saturday, October 21, 2017, the Museum of Contemporary Art Chicago officially activated its new multi-purpose learning environment, the Commons, a dynamic and flexible public space at the heart of the museum. The space allows for experimentation and risk-taking, fostering a greater sense of empathy, openness, curiosity, and citizenship. Designed by Mexico City-based team Pedro y Juana, the Commons is part of the museum’s $16-million redesign, which also includes a new restaurant and street-level lounge revealed earlier this year.
The programming of the Commons debuts with a site-specific, interactive project Open 24 Hours, by local artist and activist Edra Soto, that prompts visitors to consider civic engagement through writing stations, performances, and artist-led workshops throughout the run of the exhibition. Open 24 Hours is open during regular museum hours from October 21, 2017 to February 25, 2018 and is organized by Curator of Public Programs January Parkos Arnall. 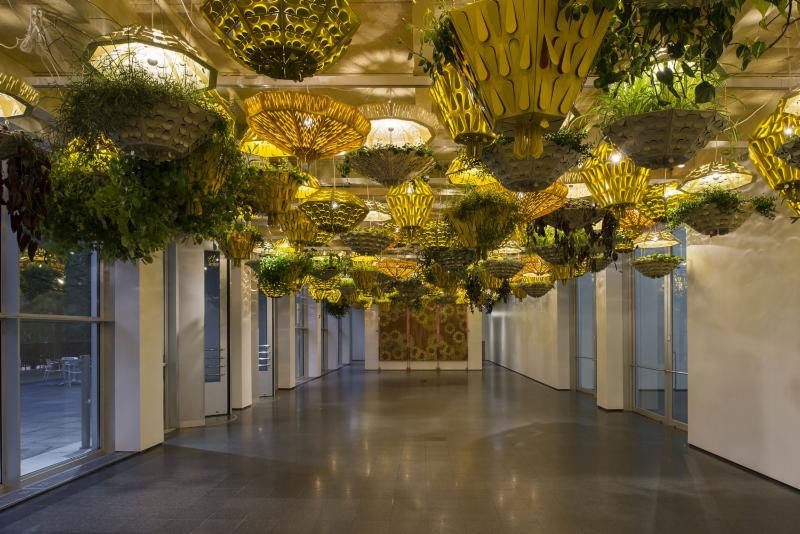