The cast and creative team is set for Tony Award winner Mary Zimmerman’s revival of Wonderful Town—Leonard Bernstein’s classic musical that “fizzes and pops and rhumbas with timeless energy” (Variety), with lyrics by Betty Comden and Adolph Green and book by Joseph Fields and Jerome Chodorov. A whimsical love letter to Manhattan, Wonderful Town follows the adventure of sisters Eileen and Ruth, who leave Columbus, Ohio in search of success in the Big Apple. 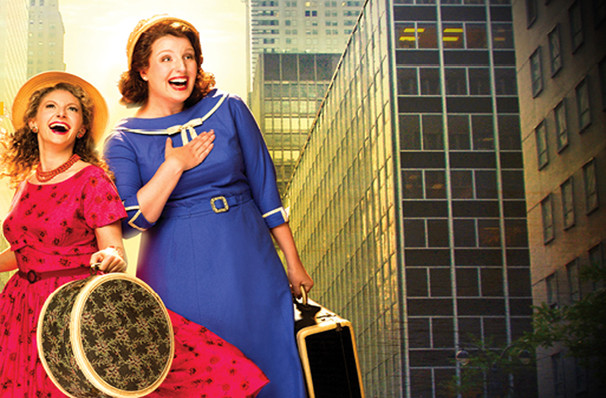 The Goodman production marks the first major revival of Wonderful Town in more than 10 years, the musical is based on the book My Sister Eileen by Joseph Fields and Jerome Chodorov and the autobiographical short stories by Ruth McKenney. Fields and Chodrov wrote the hit Broadway play My Sister Eileen, which ran for three years (1940 to 1943) and later collaborated on the play’s musical adaptation Wonderful Town—earning them the 1953 Tony Award for Best Book of a Musical.

Leonard Bernstein (August 25, 1918 – October 14, 1990) was a world-renowned musician, conductor and composer throughout his entire adult life. He was Music Director of the New York Philharmonic and conducted the world’s major orchestras, recording hundreds of these performances. His books and the televised Young People’s Concerts with the New York Philharmonic established him as a leading educator. His compositions include Jeremiah, The Age of Anxiety, Kaddish, Serenade, Five Anniversaries, Mass, Chichester Psalms, Slava!, Songfest, Divertimento for Orchestra, Missa Brevis, Arias and Barcarolles, Concerto for Orchestra and A Quiet Place. Bernstein composed for the Broadway musical stage, including On the Town, Wonderful Town, Candide and the immensely popular West Side Story. In addition to the West Side Story collaboration, He worked with choreographer Jerome Robbins on three major ballets: Fancy Free, Facsimile and Dybbuk. Bernstein was the recipient of many honors, including the Tony Award for Distinguished Achievement in the Theater, 11 Emmy Awards, the Lifetime Achievement Grammy Award and the Kennedy Center Honors

In a partnership spanning nearly 60 years, Betty Comden & Adolph Green received Tony Awards for their lyrics and/or librettos for Applause, Wonderful Town, Hallelujah Baby!, On The Twentieth Century and The Will Rogers Follies. Other Broadway credits include On the Town, Peter Pan, Bells Are Ringing, Do Re Mi, Subways Are For Sleeping and A Doll’s Life. They wrote the screenplays and/or lyrics for the motion pictures Good News, On the Town, Singin’ in the Rain, The Band Wagon, It’s Always Fair Weather (Academy Award nomination) and Auntie Mame, among others. They were inducted into the Songwriters Hall of Fame, and received the Kennedy Center Honors Award in 1991. Comden appeared in the films Garbo Talks and Slaves of New York, and authored a collection of essays published under the title “Off Stage.” Green appeared in the films Simon, My Favorite Year, Lily In Love, I Want To Go Home and The Substance of Fire, and as Dr. Pangloss in the television broadcast of Candide, conducted by Leonard Bernstein.

Called America’s “Best Regional Theatre” by Time magazine, Goodman Theatre has won international recognition for its artists, productions and programs, and is a major cultural, educational and economic pillar in Chicago. Founded in 1925 by William O. Goodman and his family in honor of their son Kenneth (an important figure in Chicago’s cultural renaissance in the early 1900s), the Goodman family’s legacy lives on through the continued work and dedication of Kenneth’s family, including Albert Ivar Goodman, who with late his mother, Edith-Marie Appleton, contributed the necessary funds for the creation of the new Goodman center in 2000. The Goodman has garnered hundreds of awards for artistic achievement and community engagement, including: two Pulitzer Prizes, 22 Tony Awards (including “Outstanding Regional Theatre” in 1992), nearly 160 Joseph Jefferson Awards and more. Under the leadership of Artistic Director Robert Falls and Executive Director Roche Schulfer, the Goodman’s artistic priorities include new plays (more than 150 world or American premieres in the past 30 years), reimagined classics (including Falls’ nationally and internationally celebrated productions of Death of a Salesman, Long Day’s Journey into Night, King Lear and The Iceman Cometh, many in collaboration with actor Brian Dennehy), culturally specific work, musical theater (28 major productions in 20 years, including 10 world premieres) and international collaborations. Diversity and inclusion have been primary cornerstones of the Goodman’s mission for 30 years; over the past decade, 68% of the Goodman’s 35 world premieres were authored by women and/or playwrights of color, and the Goodman was the first theater in the world to produce all 10 plays in August Wilson’s “American Century Cycle.” Each year, the Goodman’s numerous education and community engagement programs—including the innovative Student Subscription Series, now in its 30th year—serve thousands of students, teachers, life-long learners and special constituencies. In addition, for nearly four decades the annual holiday tradition of A Christmas Carol has led to the creation of a new generation of theatergoers in Chicago.