Marriott’s ON THE TOWN Is One Helluva Production 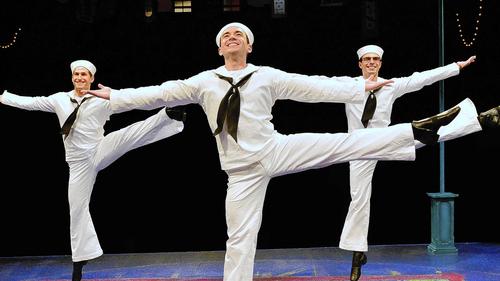 The performance schedule is Wednesdays at 1:00 p.m. and 8:00 p.m., Thursdays and Fridays at 8:00 p.m., Saturdays at 4:30 p.m. and 8 p.m., and Sundays at 1 p.m. and 5 p.m. Ticket prices range from $40 to $48, excluding tax and handling fees. On Wednesday and Thursday evenings, there are a limited number of Dinner and Theatre tickets available and can only be purchased through the Marriot Theatre Box Office. On Friday andSaturday evenings, dinner reservations can be made at the King’s Wharf restaurant. Additionally on Sundays, dinners in the Fairfield Inn are available. To make a reservation at either of these two restaurants, please call 847-634-0100.Free parking is available at all performances. To reserve tickets, please call The Marriott Theatre Box Office at 847.634.0200. Visit www.MarriotTheatre.com for more information.