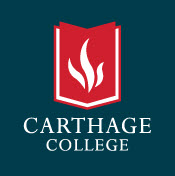 Carthage College, a four-year, private college of the liberal arts and sciences in Kenosha, Wisconsin, will stage the world premiere of “Up The Hill”, a new work by Keith Huff, one of the television industry’s most sought-after writers and producers, and one of contemporary theater’s most prominent and exciting playwrights. The play will be performed Feb. 27 – March 7 at the Wartburg Auditorium in the David A. Straz Jr. Center for the Natural and Social Sciences, 2001 Alford Park Drive.Huff’s searing drama of political intrigue focuses on Jill and Jack, two new congressional interns who are excited to serve their country in Washington’s corridors of power. But before long, both of them get caught in a web of blackmail that will force them to question everything they believe. Against all odds, can they really make a difference? Or will they become part of the problem? The play features adult content and is intended for mature audiences.

“We contacted Keith Huff, told him about the program and he was instantly intrigued,” said Carthage College Theater Department Chair, Professor Martin McClendon, who will serve as the play’s director. “He liked the unique opportunities writing for college-age actors and it was an opportunity to jump back into live theater.”

About Keith Huff – Playwright
Keith Huff is one of the most in-demand talents, thanks to his work as a writer and producer of the series “Mad Men,” “House of Cards,” “Helix” and “Full Circle.” His upcoming projects include serving as Supervising Producer of “American Crime” starring Felicity Huffman and Timothy Hutton, which debuts on ABC on March 5, 2015. In the theater, Keith Huff is best known for his play “A Steady Rain,” which received its world premiere in 2007 at the Chicago Dramatists Workshop. The smash hit work received rave reviews, and quickly moved to Broadway starring Hugh Jackman and Daniel Craig, where it enjoyed a sold-out run and was hailed as one of the best plays of 2009 by Time Magazine. He is the winner of two Writers Guild Awards, the Joseph Jefferson Award, a Drama-Logue Award, the Cunningham Prize, the John Gassner Award, the Berrilla Kerr Award and three Illinois Arts Council Playwriting Fellowships and has been nominated for a Primetime Emmy.

Martin McClendon worked as a professional actor in Chicago and Los Angeles for 10 years before getting involved in teaching, appearing onstage at Chicago’s Steppenwolf, Northlight, Organic and Victory Gardens theaters, among others. McClendon has also performed in independent movies, commercials, and television shows. He pursued scenic design for many years, working in Chicago, Los Angeles and most recently First Stage Children’s Theater in Milwaukee, WI.

Herschel Kruger joined the Carthage faculty in 2005 and served seven years as Chair of the Theater Department. In 2012, he was named the Wisconsin State Chair of the Kennedy Center’s American College Theater Festival (KC/ACTF). Kruger established the New Play Initiative in 2008-2009. He has directed three of the new plays from this series including: “No Name,” “Ghost Bike” (2013, five KC/ACTF national awards) and “Honest” (2010, winner of four KC/ACTF national awards). Kruger also worked as an actor and director in New York, Illinois, Michigan and Wisconsin.

The New Play Initiative has become a central part of Carthage Theater’s goal of producing excellent and innovative theater. Since their 2008-2009 season the Carthage College Theater Department has distinguished itself by commissioning, developing and premiering a new play each year. While each project has been unique, all have provided otherwise unattainable opportunities for Carthage students. These opportunities include working closely with an outstanding playwright to originate a role, often one written with the specific actor in mind, experiencing the joys and challenges that come with being a part of the creative process and to make history. Students help contribute not just a new production for the season, but a brand new play for the world of theater.

About Carthage College:
Carthage College combines an environment of reflection and self-discovery with a culture of high expectation so our students uncover and ignite their true potential. A four-year, private liberal arts college with roots in the Lutheran tradition, the campus has a prime location in Kenosha, Wisconsin. The campus, an 80-acre arboretum on the shore of Lake Michigan, is home to 150 scholars, 2,500 full-time students, and 400 part-time students.