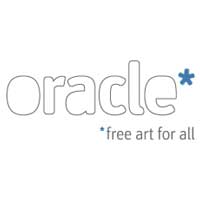 The League of Chicago Theatres announces Oracle Productions as the winner of the2014 Broadway In Chicago Emerging Theater Award. This is the eighth year of the award, which will provide $5,000,a consultation with Broadway In Chicago staff members, and a marketing package that includes advertising support.

The award was created in 2007 to encourage, support and promote young theaters in Chicago that have demonstrated great ability and promise, artistic excellence and fiscal responsibility in business practices. Oracle was selected from a group of finalists by a majority vote of member companies of the League of Chicago Theatres.

The award will be presented at the League of Chicago Theatres Annual Gala, an elegant one-night-only event that brings together friends of Chicago theatre to raise funds for programs to support Chicago’s 240 member theatre companies. This year’s event will be held on Monday, June 9, 2013, at 5:30 p.m. at Swissotel Chicago, 323 E Upper Wacker Dr, Chicago. Tickets are available for $300 per person, and all proceeds benefit The League of Chicago Theatres which promotes, supports and advocates for theater in Chicago. To purchase tickets, or for sponsorship opportunities and participation information, visit www.chicagoplays.com or call 312-554-9800.

Oracle Executive Producer Ben Fuchsen comments, “We are humbled by and grateful for this honor. Thank you to the other amazing finalists, all the member organizations of the League, Broadway In Chicago, and the League of Chicago Theaters staff and board.” Oracle Executive Director Brad Jayhan-Little adds, “It means a lot to us that the performing arts community supports the mission of Public Access Theatre. We are excited to see how this will help us serve our mission further into the community.”

“Oracle is a diverse cultural organization, one that creates quality work and provides a needed service in our community,” comments Lou Raizin, President of Broadway In Chicago. “It gives us great pleasure to recognize Oracle as we celebrate the extraordinary spirit of mentorship that is unique to our city.”

Deb Clapp, Executive Director of the League of Chicago Theatres adds, “Since 2005, Oracle has been producing quality productions free of charge in Chicago. We are thrilled to honor them with this award and we hope it will make a significant impact on the company.”

Most recently, Oracle was honored to receive 11 nominations for the 2013/14 non-equity Jeff Awards: Oracle Theatre received 7 nominations for THE MOTHER by Bertolt Brecht, and Oracle B*Sides received 4 nomination for PINK MILK by Ariel Zetina (fka Alex Paul Young), in association with White Elephant.

Oracle was incorporated as a not-for-profit theatre company in early 2005, when it opened a studio theater in Lakeview. The company has grown to become a diverse cultural service organization committed to giving everyone everywhere the chance to experience the arts. In October 2010, Oracle launched Public Access Theatre, which makes performing arts events free to the public. The cost of admission is offset by support from The Forty 4, a community of individuals who contribute as little as $5 per month.

Oracle is comprised of 4 major departments. Oracle Theatre produces powerful, socially conscious plays that speak to the experiences of men and women struggling with class, race, and gender issues. Oracle Film produces short films and hosts filmmaker showcases to provide artists an opportunity to present their work to a unique audience. The Radio Movement stages productions of vintage radio shows, and tours them to area nursing homes, retirement homes, Jesse Brown VA Hospital, and inpatient psychiatric hospitals. Oracle B*Sides co-produces performances and events with groups of artists outside of Oracle’s network, which gives the community more opportunities to enjoy free art from more artists. Admission to all Oracle events is free in Public Access Theatre.

Since 2010, Oracle has served free cultural experiences to over 18,000 people. The company has collaborated with more than 55 arts organizations in Chicago and internationally, and provided support to over 300 artists seeking to produce their work. Oracle is free art for all.

We make art. We make it free. You make it yours.

Oracle believes you can’t live without art, so we are devoted to making sure everyone everywhere has a chance to experience the arts. By offering our art to the community for free, we foster creativity and bolster people’s aspirations. We collaborate with other organizations to engage them in our mission. We are committed to spreading a love for art worldwide – and we engage the community to join us in our cause. Oracle is art for all.

Chicago is the cultural leader in the U.S. with the largest and most diverse theater community that produces more world premieres than anywhere else in the world. Chicagoland boasts more than 250 professional theaters and consists of a rich and varied community ranging from storefront, non-union theaters to the most renowned resident theaters in the country, including 4 which have been honored with Regional Tony Awards, and the largest touring Broadway organization in the nation. Chicago’s theaters serve 5 million audience members annually and have a combined budget of more than $250 million – and no other city in the country has such a creative, respected and thriving theater community. Chicago’s theater industry, with both its exceptional theater and an extraordinary talent pool, has long been the envy of the world’s top theater cities and is second to none in number and innovation.