Jim Post in Galena Rose: How Whiskey Won the West 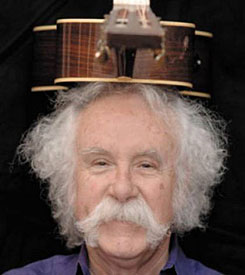 Back by popular demand, the critically acclaimed Jim Post returns to the Theatre at the Center, where he delighted audiences last holiday season with his show MARK TWAIN AND THE LAUGHING RIVER. The musical docu-drama GALENA ROSE: HOW WHISKEY WON THE WEST will run Thursday, December 27 through Sunday, December 30 at 1040 Ridge Road, Munster, Indiana.

Previously described as one of the Midwest’s greatest treasures, Jim Post’s original play remains an unforgettable experience. Travelling from the 1800′s to today with stories of whiskey drinkers, gamblers and young lovers, Post takes audiences on a journey they will likely never forget as he recounts the history of the charming town of Galena, Illinois. The production features an award-winning song collection, courtesy of Post whose song “Reach out of the Darkness” was featured in the Rock and Roll Hall of Fame in Cleveland.
GALENA ROSE debuted over 20 years ago and has been performed nationwide including two and a half years at the Civic Theatre at the Lyric Opera House before moving to the Organic Theater for an extended run of many months, as well as smash hit engagements at the Guthrie Theatre in Minneapolis and the Smithsonian Institution in Washington, D.C.

The Detroit Free Press called GALENA ROSE “the show Stephen Foster might have written if he’d been a playwright or Mark Twain might have done if he added songs to his lectures. It’s that good”. The Washington Post raved “A tour de force; part musical, part drama, thoroughly entertaining.”