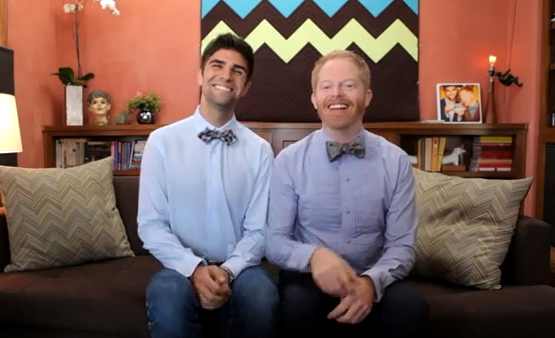 The hilarious Jesse Tyler Ferguson (Modern Family, 25th Annual Putnam County Spelling Bee) and his partner Justin Makita stopped by our favorite talk show Windy City LIVE and discussed marriage equality, which today is being debated in Springfield.  Jesse also promoted  their new charity venture Tie The Knot in which proceeds of bow ties sales go to pro-gay marriage organizations.   And ooops……Jesse also let a little secret slip about his upcoming nuptials.    Thank you to my friends at Windy City LIVE for allowing me to share this with you!  Today’s show will be rebroadcast at 12:05 am on ABC7 Chicago.