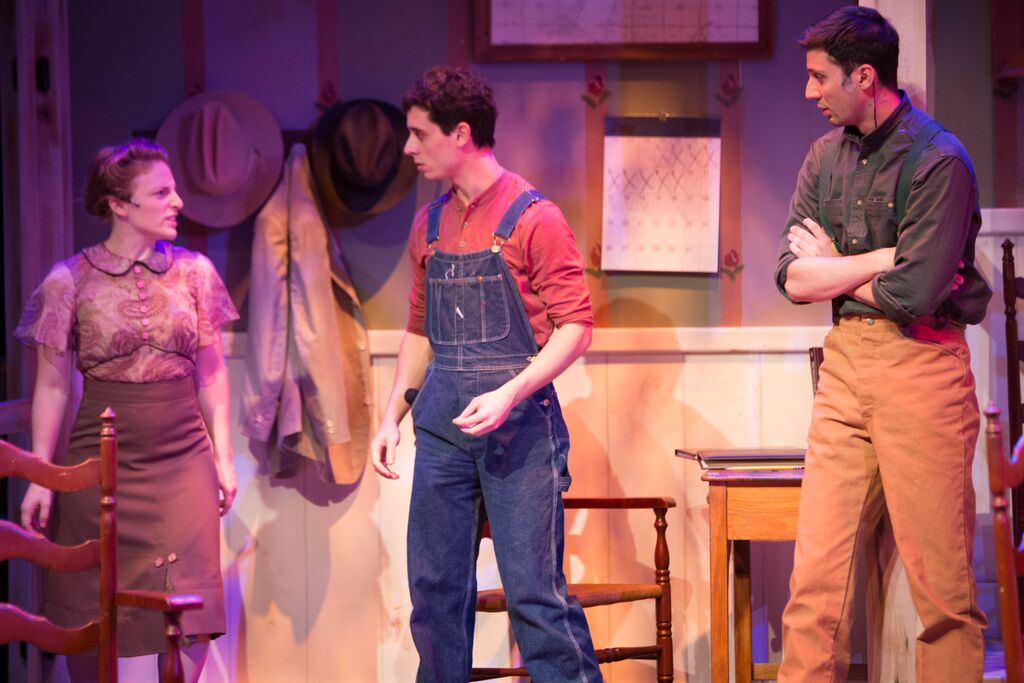 The Jedlicka Performing Arts Center (JPAC) located on the campus of Morton College in Cicero is following up its smash-hit production of Miss Saigon with a beloved American classic, The Rainmaker by N. Richard Nash. Set in a drought-ridden rural town in the Depression era American West, the play tells the story of Lizzie Curry who lives on a cattle ranch with her father and two brothers who try, to no avail, to marry Lizzie off. As the farm becomes devastated by the drought and Lizzie comes to terms with being a spinster, a charming con man named Starbuck arrives and promises to bring rain in exchange for $100. His presence changes the fate of Lizzie and her entire family.

The Rainmaker first opened on Broadway in 1954 starring Geraldine Page as Lizzie and Darren McGavin as Starbuck. The show was an instant hit, sparked multiple revivals over the years and has become a favorite of regional theaters across the country. It was made into a critically acclaimed 1956 film starring Katharine Hepburn and Burt Lancaster and adapted into the hit musical, 110 in the Shade.

The show is directed and produced by veteran performer and director, Steve Calzaretta who is also the Managing Director of JPAC with Scenic Design by Jeff McAvoy, Set Design by Rick Arnold, Costume Design by Matthew Guthier, Multimedia Design by Micheal A. Kott and Lighting Design by Daniel J. Orfei who is also JPAC’s Artistic Director.

(on the campus of Morton College)

The Jedlicka Performing Arts Center is a professional, non-equity Theater located on the campus of Morton College in Cicero, Ill. JPAC produces 6 shows a season and is now in its 33nd year. To date, the acclaimed JPAC Theatre has presented more than 150 productions to an estimated quarter of a million people. JPAC’s national reputation grew over the years due to its mounting of rarely produced shows and Chicago-area premieres that caught the attention of producers from London to Broadway. In 1990, Academy Award winner, Joseph Brooks launched the North American Premiere of his West End musical Metropolis at the JPAC. A number of other Broadway and West End musicals have since had their Chicago debut at the theater including: The Baker’s Wife, Blood Brothers, The Who’s Tommy, Jekyll & Hyde, Aspects of Love, We Will Rock You, Phantom of the Opera and most recently, Big Fish. World Premiere productions include Nefertiti – The Musical, Danger Will Robinson! and the Liberace musical, Mr. Showbiz. JPAC has made a similar commitment to non-musical plays. Several successful, acclaimed playwrights have made Chicago-area debuts of their work on the JPAC stage including Ray Cooney, Rupert Holmes, Neil Simon, Steven Dietz and Matthew Barber. JPAC’s mission is to present vibrant theatre at an affordable price. More information at www.jpactheater.com