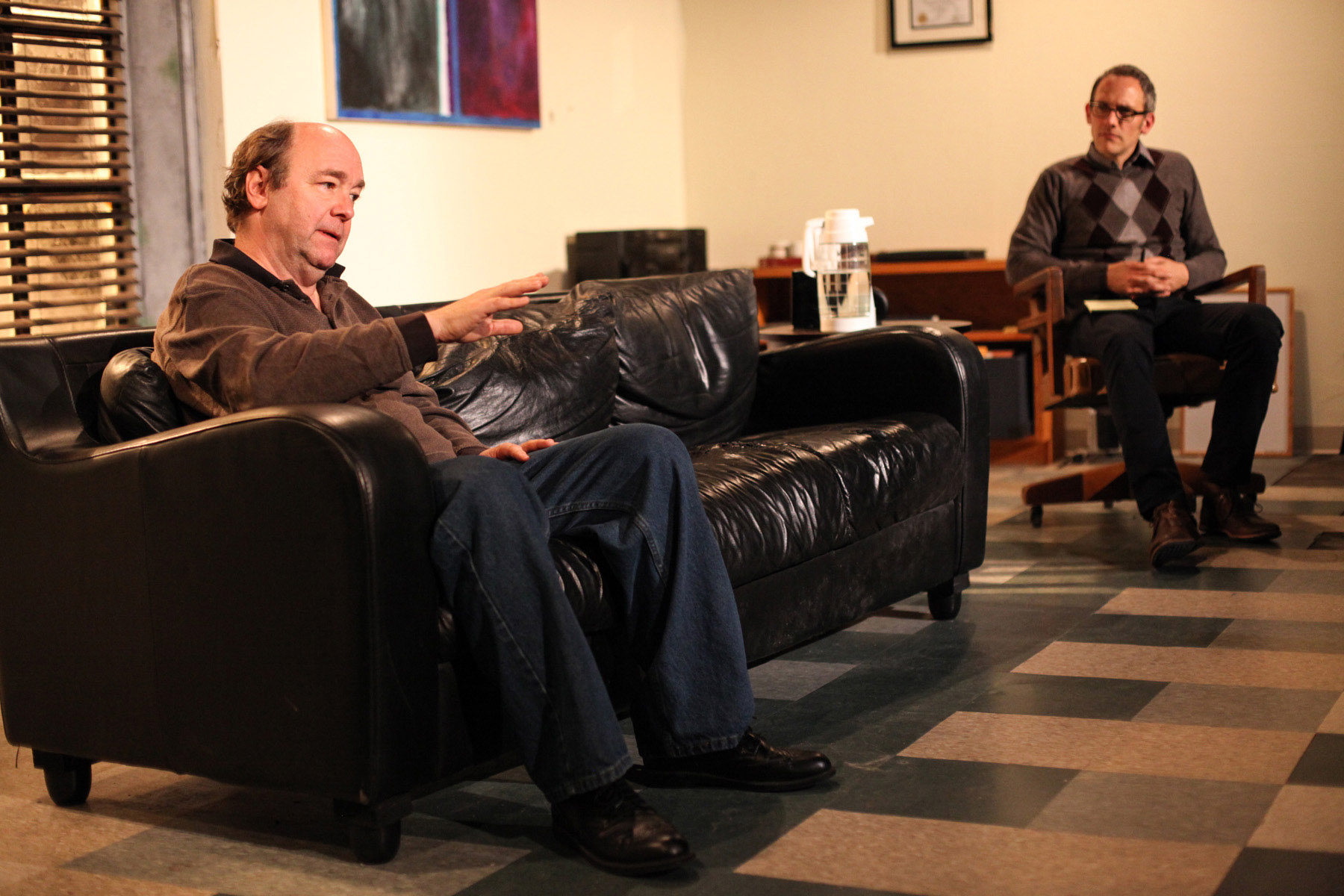 Two Dublin men wrestle the living and the dead in this contemporary ghost story by the incomparable Conor McPherson, author of last season’s runaway hit The Seafarer. Ian, an ex-priest turned therapist takes on his first patient, John, a man who claims to have seen the ghost of his recently deceased wife.  What follows is a haunting and suspenseful tale of what it means to lose faith – in God, in relationships and in one’s self.

Conor McPherson is one of Ireland’s premier contemporary playwrights, currently produced worldwide, in London’s West End and on Broadway to both critical and audience acclaim. His other plays include The Veil (premiered at the Royal National Theatre October 2011, directed by the author), The Weir, The Seafarer, Port Authority, St. Nicholas, Shining City, Dublin Carol and The Night Alive.

Jeff Christian has been an ensemble member since 2003.  He directed Mojo Mickybo, Our Father and A Whistle in the Dark for the company, and appeared in Lay Me Down Softly, The Shadow of a Gunman, The Weir, Our Father, Scenes From The Big Picture, War and David Cromer’s production of Journey’s End.  He shared in three Jeff Awards with The Journeymen’s Angels in America, and directed The Skin of Our Teeth for The Artistic Home, Proof and Driving Miss Daisy for New American Theater, Romeo & Juliet, As You Like It, Love’s Labour’s Lost, A Midsummer Night’s Dream and the Two Gentlemen of Verona for Lakeside Shakespeare, Kill Me for WildClaw Theatre and James Krag’s one man show, According to Mark. He was the Artistic Director of The Shakespeare Project of Chicago for eight seasons and directed his adaptations of Dickens, Moliere, Ibsen, Euripides, Shakespeare, Marlowe and Goethe. He teaches directing in Columbia College’s Department of Cinema Art + Science and was the 2014 recipient of The Excellence in Teaching Award.