JONNY WEXLER (Frankie Valli) discusses the continuing success of Jersey Boys and the underlying message of the value of friendship that makes this bio-musical chronicling the career of Frankie Valli and The Four Seasons relatable to audiences worldwide. Back by popular demand, JERSEY BOYS will return to Chicago for a limited one-week engagement April 2 – 7, 2019. Broadway In Chicago presents the show at The Auditorium Theatre (50 Ida B. Wells Dr.). For tickets and more information visit BroadwayInChicago.com. 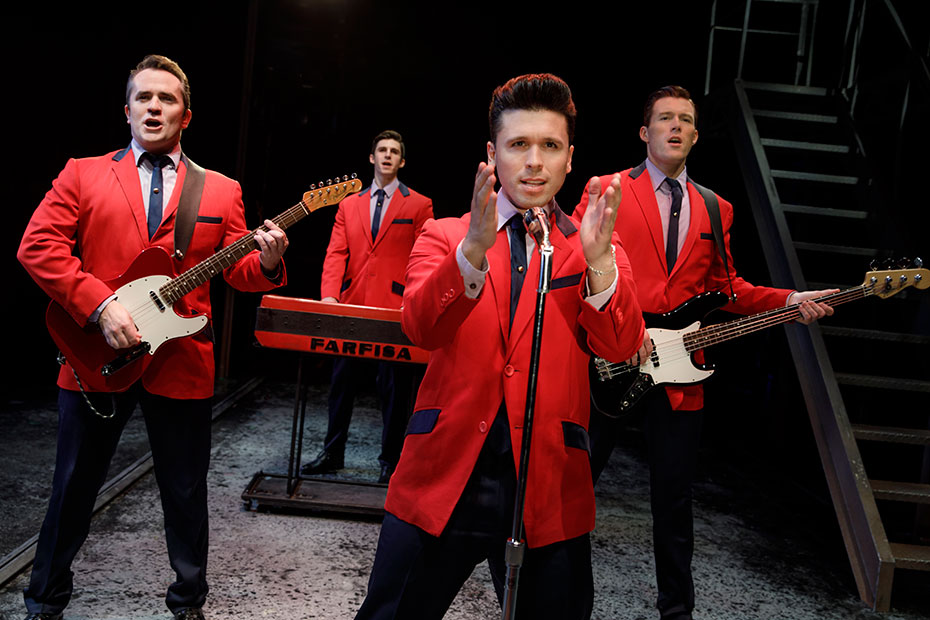 JERSEY BOYS is the behind-the-music story of Frankie Valli and The Four Seasons.  They were just four guys from Jersey, until they sang their very first note. They had a sound nobody had ever heard… and the radio just couldn’t get enough of. But while their harmonies were perfect on stage, off stage it was a very different story – a story that has made them an international sensation all over again. The show features all their hits including “Sherry,” “Big Girls Don’t Cry,” “Oh What A Night,” “Walk Like A Man,” “Can’t Take My Eyes Off You” and “Working My Way Back To You.”

JERSEY BOYS opened in New York on November 6, 2005 and by the time it closed over 11 years later on January 15, 2017, it was the 12th longest running show in Broadway history, passing such original Broadway productions as 42nd Street, Grease, Fiddler on the Roof, and The Producers. JERSEY BOYS will return to New York with a new production in November 2017.  The JERSEY BOYS US National Tour opened to rave reviews in San Francisco on December 1, 2006 and is still breaking house records in cities across North America. JERSEY BOYS is also currently touring the United Kingdom and Australia. JERSEY BOYS worldwide has been seen by over 25 million people (as of January 2018).

For more information, visit the JERSEY BOYS website at www.JerseyBoysTour.com.

ABOUT BROADWAY IN CHICAGO
Broadway In Chicago was created in July 2000 and over the past 18 years has grown to be one of the largest commercial touring homes in the country.  A Nederlander Presentation, Broadway In Chicago lights up the Chicago Theater District entertaining more than 1.7 million people annually in five theatres.  Broadway In Chicago presents a full range of entertainment, including musicals and plays, on the stages of five of the finest theatres in Chicago’s Loop including the CIBC Theatre, James M. Nederlander Theatre, Cadillac Palace Theatre, and just off the Magnificent Mile, the Broadway Playhouse at Water Tower Place and presenting Broadway shows at The Auditorium Theatre. For more information, visitwww.BroadwayInChicago.com. Facebook @BroadwayInChicago ● Twitter @broadwaychicago ● Instagram @broadwayinchicago ● #broadwayinchicago