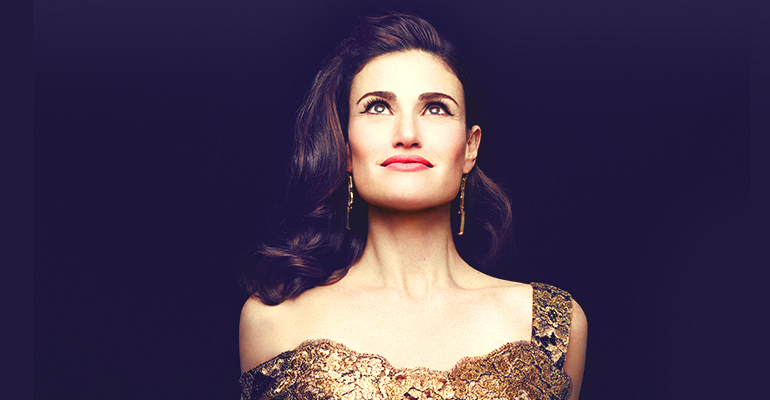 This just in! Idina Menzel has just announced a summer 2015 World Tour, crashing the star’s overloaded web site, and revealing North American dates for 2015. The site writes “Fan pre-sale begins December 3. Check back for pre-sale info that morning here and on Facebook.”

Menzel’s career has traversed stage, film, television, and music. She was most recently heard as Elsa in Disney’s global box-office smash Frozen, in which she sings the film’s Oscar-winning song “Let It Go.” After Menzel’s performance of the multi-platinum song at the 86th annual Academy Awards, she made history as the first person with both a Billboard Top 10 hit and a Tony Award for acting. Menzel currently stars as Elizabeth in the original Broadway production of If/Then.