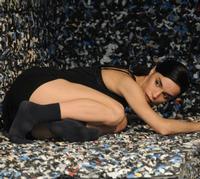 The Hollywood Arts Council (HAC) presented their 29th Annual FREE Children’s Festival of the Arts at Paramount Pictures in Hollywood on Sunday, August 10, 2014. Shauna McClure, Executive Director of the Hollywood Arts Council said, “This year’s Children’s Festival of the Arts was attended by a record high of around 5,000 people. The event was a total success! People whose parents attended the festival in the past are now bringing their own kids. The diversity of the crowd in attendance was truly amazing.”

Josh Kurpies, Senior Field Representative from the office of Richard Bloom, Assemblymember, 50th District, State of California, presented Nyla Arslanian, President, and Shauna McClure, Executive Director of the Hollywood Arts Council respectively with a certificate of recognition for the organization’s 36 years of service to the community. The Children’s Festival is an annual celebration of the arts and culture in Hollywood.

Strongly linked to the Council’s purpose to promote, nurture and support the arts is the belief that the arts revitalize people as well as communities. The annual Children’s Festival of the Arts, now in it’s 29th year, is held annually on the second Sunday of each August at Paramount Pictures. Project S.O.A.R. (Students Overcoming All Risks), the Council’s arts workshops program, brings free performing and visual arts instruction and performances to thousands of children and their families every year.

The Council also created the Annual Awards Luncheon “The Charlies” to honor individuals and organizations for their significant contributions to the arts and Hollywood. Through the years, the Council has spearheaded many community arts projects. It also serves as a catalyst convening artists and arts organizations addressing issues of concern. Most recently it introduced the Stayin’ Live initiative to address the loss of live theatre space in Hollywood. The Council promotes Hollywood’s performing arts with a daily calendar of arts activities published in Discover Hollywood magazine and on its website www.hollywoodartscouncil.org. The Hollywood Arts Council can also be reached at www.facebook.com/HwArtsCouncil and on Twitter at @Hwartscouncil.