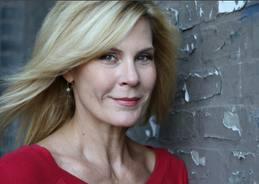 What a marvelous way to bring in the New Year! I was surrounded by good friends enjoying one of Chicago’s greatest theatre icons. In the newly renovated cabaret space of Stage 773, Hollis Resnik took the stage with Doug Peck on piano, in what was a breathtaking 90 minutes of sheer musical mastery by both performers.

In the sold out performance, Ms. Resnik was in total command of the evening, feeding off the love the audience was surly relaying to her. It was been quite a fulfilling year for Ms. Resnik, who has taken on some of the most iconic roles of musical theatre in her career and made them her own, culminating with the critically acclaimed role of Carlotta in Gary Griffin’s “Follies”. From playing Eva Peron to Edith Bouvier, Ms. Resnik always seems to find something more humanizing in these parts than other actresses who have played them. This ability to capture the human element in even the most raucous of characters is what makes Ms. Resnik perfect in a cabaret setting.

In such an intimate space, with just her accompanist and the audience, each song becomes a soliloquy unto itself, weaving a night of musical theatre genius. I defy anyone to tell me who can deliver a number like “Lion Tamer” with such simplicity and depth that it tells a whole other story then was meant for “The Magic Show” it was so written. That is the joy of finding someone who can really do a cabaret show rather than ringing a few songs together calling it a night. Whether it is songs of country roots or Broadway show stoppers, Ms. Resnik was comfortable with all genres.

One of the most poignant parts of the evening came with a tribute to beloved Chicago actor Guy Adkins, whom we lost to cancer last year and for those of us who knew him still feel the void of this talent. As an encore, what else but “I’m Still Here” from her star turn in Follies, which for all intents and purposes, Hollis can now claim as one of her standards.

The evening was produced by Ralph Lampkin, Jr. and the Lampkin Music Group who must be credited for trusting in the art form and giving these performers a new venue to perform and display their material. For more information of upcoming events, please visit www.lampkinmusic.com.