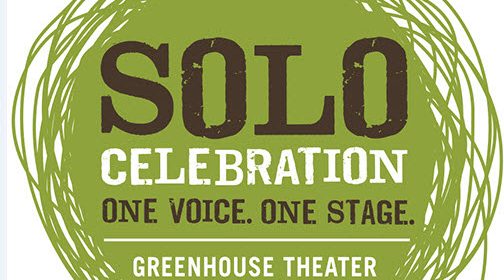 “The Way She Spoke: A Docu-mythologia” will make its World Premiere at Greenhouse Theater Center (2257 N. Lincoln Ave.,) as part of Solo Celebration!, an eight-month series that features a dozen powerful one-person plays. Written by Isaac Gomez, directed by Laura Baker and starring Karen Rodriguez, “The Way She Spoke: A Docu-mythologia” follows the path of a young actress reading for a role that quickly plunges her into the unnerving reality of the missing and murdered women of Ciudad Juarez, Mexico. “After reading ‘The Way She Spoke’, we instantly recognized that it belonged in the Solo Celebration! series. It is unique to find a play that can translate a human crisis into a truly compelling theatrical event, and to find one that does it with only the use of one actress is exceedingly rare,” said Greenhouse Theater Center Artistic Director Jacob Harvey. “The way in which this team of artists is able to take a single voice and amplify it into the cries of hundreds is truly unforgettable.”

“The Way She Spoke: A Docu-mythologia” pulls from hundreds of ethnographic interviews and opens with Rodriguez’s character arriving late to a rehearsal at a cold, empty warehouse, to read for a play about the women of Ciudad Juarez, Mexico. She quickly discovers that this is no ordinary reading, as she is plunged into the frightening and stark world of the victimized women of Juarez, leaving her unsure of whether she should walk further down the broken roads of a city offering far more questions than answers, or if she should turn and run the other way.

The performance schedule for “The Way She Spoke: A Docu-mythologia” is as follows: Thursdays – Sundays at 8 p.m. and Saturdays and Sundays at 2:30 p.m.

Flex passes to the Solo Celebration! series, which offers admissions to five plays at a discounted rate, are now on sale.  Single tickets, which range in price from $32 – 48, will go on sale at a future date.  Flex passes and tickets can be purchased by contacting the box office at 773-404-7336 or by visitinggreenhousetheater.org.

Isaac Gomez is a writer and dramaturg currently working as the Literary Manager at Victory Gardens Theater in Chicago where he curates the Public Programs series, directs the new play development department and heads the “IGNITION Festival of New Plays.” His dramaturgy credits include “Cocked,” “The Who & The What,” “An Issue of Blood,” “Samsara,” “Death and the Maiden,” “Rest” (VGT, Chicago); “My Mañana Comes, Between You, Me,” and “the Lampshade” (Teatro Vista, Chicago); “The Hairy Ape” (Oracle Productions); “Badfic Love” (Strange Bedfellows, Chicago); assistant dramaturg on “Luna Gale” and “The Solid Sand Below” (Goodman Theatre). As a playwright:  “La  Ruta”  (Goodman  Theatre’s  Latina/o  Theatre  Celebration,  Oregon Shakespeare Festival Latino Play Project; Austin Critics Table New Play Award 2013; Pivot Arts Incubator  Series);  “The  Displaced”  (ALTA  Chicago  ­  workshop,  Upcoming:  Definition  Theater Company ­ workshop); “The Way She Spoke” (DCASE Residency). He is the Creative Director at the  Alliance  of  Latino  Theatre  Artists  in  Chicago  where  he  runs  and  is  a  participant  of  El Semillero:  ALTA  Chicago’s  Latino  Playwrights  Circle,  an  Artistic  Associate  of  Teatro  Vista,  a steering committee member of the Latina/o Theatre Commons (LTC) and an artistic community member at The Hypocrites in Chicago.

Laura Baker  makes her Greenhouse directorial debut in “The Way She Spoke: A Docu-mythologia.” Her other directing credits include “Equivocation,” “The Giver,” “11:11,” and “Collapse at B Street Theatre.” Baker has worked as an assistant director to May Adrales on “Edith Can Shoot Things and Hit Them” and Seth Bockley on the world premiere of “Samsara” by Lauren Yee. She most recently directed Sean Graney’s “There is No Message in the Message” at The Gift Theatre’s opening festival, “TEN” and a public reading of K. Frithjof Peterson’s “Bosons.” Baker regularly  teams  up  with  Odradek’s  monthly MIXTAPE,  an  exploratory  of  live  music  videos. She is looking forward to going back to her Latina roots on this exciting and powerful collaboration.

Karen Rodriguez makes her Greenhouse Theater debut in “The Way She Spoke: A Docu-mythologia.” Other Chicago credits include “Another Word  for  Beauty,”  “Fade” (Goodman Theatre), “Don Chipotle” (DCASE), “Graveyard of Empires,” “Our Holiday Stories” (16th Street Theater), “Cauldron of Morning” (Broken Nose Theater), “Romeo and Juliet” (Teatro Vista),  “1MPF” (Victory  Gardens),  and “Between Pancho Villa  and  a Naked Woman” (Halcyon Theater). Rodriguez has also worked with Erasing the Distance.  She is represented by Gray Talent Group.”

Single tickets are priced at $34 for previews, and $42 – 48 for regular performances.

Our mission at the Greenhouse is first and foremost to grow local theatre. We strive to cultivate a fertile environment for local artists, from individual renters to our bevy of resident companies, to develop and produce their work. In 2014 alone, The Greenhouse Theater Center provided space for almost 1,000 ticketed performances, serving more than 54,000 patrons. Among these events, were at least 30 productions by our resident companies, including the celebrated American Blues Theater and Remy Bumpo Theatre Company. Through our Trellis Program, we offer the community affordable access to our work by housing Chicago’s only dedicated used theatre bookstore, located on the second floor of our complex, as well as offering a free reading series each Tuesday night where local artists workshop their latest scripts. Additionally, we also continue to play an active role in cultivating and nurturing our community through continued partnerships with the League of Chicago Theaters and local Chambers of Commerce.

As of 2016, the Greenhouse Theater Center embraced the true spirit of growth and launched its producing entity. With the announcement of our 8 month long Solo Celebration Series, helmed by Artistic Director Jacob Harvey, we will produce 10 solo plays from June 2016 to February 2017. Through this inaugural effort, we hope to expand the solo play cannon while also cultivating a larger conversation about the possibilities of the one-person play.
With new ideas always incubating, the Greenhouse Theater Center is flourishing.

Come grow with us!