GREASE is the word at Paramount Beginning Sept. 12th 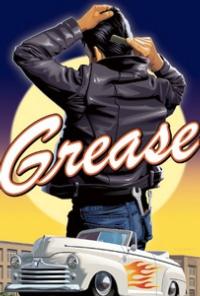 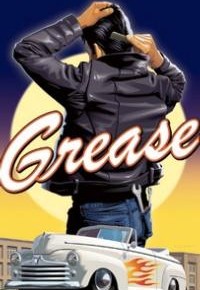 From poodle skirts and slicked back hair, to fast cars and a faster life style, Grease isn’t just the word. Grease is the show that’ll have audiences dancing in the aisles and singing in their cars for days when it kicks off the second blockbuster Broadway musical series, Sept. 12 – Oct. 7, 2012 at the Paramount Theatre, 23 E. Galena Blvd. in downtown Aurora.

The ultimate celebration of the teen years, Grease, book, music and lyrics by Jim Jacobs and Warren Casey, strikes a universal chord with its hand-jivin’ mix of schoolhouse rock, adolescent angst and vibrant physicality. Set in the hip 1950s on Chicago’s Northwest side, the whole gang has reported to class: Danny, Sandy, Frenchy, Rizzo, Kenickie and the rest of the student body at Rydell High. Nominated for 11 Tony Awards, and without question the world’s most famous movie musical, Grease boasts hit after hit: “Summer Nights,” “Beauty School Drop Out,” “Hand Jive,” “You’re the One that I Want,” and of course “Greased Lightnin’,” along with those big, glorious, action-filled dance numbers.

For subscriptions, single tickets and information, go to ParamountAurora.com, call the Paramount box office, (630) 896-6666, or visit the box office Monday through Saturday, 10 a.m. to 6 p.m., and 2 hours prior to evening performances.

“We are thrilled to welcome Michael Unger back to his hometown of Chicago. Before he became a sensation as a theater and opera director in New York and regionally, Michael got his start right here in Chicago assistant directing two seminal productions at Steppenwolf Theatre, A Clockwork Orange with Terry Kinney and Buried Child with Gary Sinise,” said Paramount Artistic Director Jim Corti. “Today, Michael is a sought-after director for large-scale, highly visual projects. He has an active imagination, a knack for drawing out the best in actors and an incisive way of looking at shows – the way they are structured, and the characters themselves. Michael and his team will have a lot of fun exploring the psyches of these teenagers and the high school experience – how things have changed and how things haven’t.”

Contrary to the popular movie version of Grease, characters like Danny, Rizzo and Kenickie weren’t originally written as the epitome of cool. Instead, authors Jacobs and Casey originally wrote a play called Grease Lightning with incidental music based on Jacobs’ experience at William Taft High School, populated with teenage loners, misfits, burnouts and hangers-on, all just trying to find friends like themselves. Grease Lightning debuted in 1971 in the original Kingston Mines Theatre in Chicago. With input from New York producers the play was retooled into a full-fledged musical, Grease, which opened off Broadway in 1972, won seven Tony Awards, and moved to Broadway where it played a total of 3,388 performances before closing in April 1980. In addition to countless productions and tours since in the U.S. and internationally, the 1978 movie Grease starring John Travolta and Olivia Newton-John became an instant icon of sing-a-long pop culture, one many consider the greatest musical-turned-movie ever.

Michael Unger (director) has directed musicals, dramatic theater and operas in New York City, throughout the country, and internationally. Most recently he directed HMS Pinafore for Opera New Jersey and the operetta, The Duchess of Chicago, in Russia. For the past 15 years, he has been directing an acclaimed production of A Christmas Carol at the McCarter Theatre in Princeton, NJ. Other recent credits include new versions of Kander and Ebb’s The Happy Time at the Signature Theatre and The Rink starring Leslie Uggams and Janet Metz at the Cape Playhouse, as well as My Sister in This House at Deaf West in Los Angeles. He also directed the world premiere of The 25th Annual Putnam County Spelling Bee. Other directing credits include six operas at Sarasota Opera, Crimes of the Heart (Theatre Aspen), Retribution (Off-Broadway, Lambs Theatre), Noises Off (New Harmony Theatre), Meet Me In St. Louis (The MUNY); Triumph of Love and School For Wives (Weston Playhouse); Pippin, The Mikado and Kiss Me Kate (The Depot Theatre), Changes of Heart (Barrington Stage – BRAVO Award), On The Razzle (Babcock Theatre, Salt Lake City), Still (World Premiere – Chicago), Les Liaisons Dangereuses and The Game of Love and Chance (French language productions), Cries From the Mammal House (American Premiere), Cleavage and Smokes (Mark Taper Forum) and Taming of the Shrew (Complex Theatre, LA). Upcoming credits include A Christmas Carol at McCarter Theatre, the opera, Of Mice and Men, at Sarasota Opera, in addition to developing two new musical works.

Also making their Paramount debuts with Grease are music director/conductor Michael Keefe and choreographer Dana Solimando. Keefe has been a part of Chicago’s music and theater scene for years, including composing, directing and playing music for First Folio Theatre for the last ten seasons, and playing keyboards for the Chicago engagements of Wicked, Hairspray, Movin’ Out, Mamma Mia and many other Broadway touring shows.

Solimando’s work as a choreographer, director, performer and teacher has run the gamut. Her Broadway credits include Cats as Rumpleteazer, Swing! as the Country Swing girl and Peter Pan as Tiger Lily. She has performed in numerous national tours, regional and international productions including Jesus Christ Superstar, A Chorus Line, Grease, Sugar Babies, Gypsy, Oklahoma! and Radio City Music Hall’s Christmas Spectacular. As a director/choreographer, her awards include three LA Stage Alliance Ovation honors for Swing!, an NAACP Theatre Award nomination for Andrew Lloyd Weber’s revival of Jesus Christ Superstar and two Stage Scene LA Choreographer of the Year awards.

About The Paramount Theatre

The Paramount Theatre is the center for performing arts, entertainment and arts education in Aurora, the second largest city in Illinois. Named “One of Chicago’s Top 10 Attended Theatres” by the League of Chicago Theatres, the 1,888-seat Paramount Theatre, located in the heart of downtown Aurora at 23 E. Galena Blvd., is nationally renowned for the quality and caliber of its presentations, superb acoustics and historic beauty.

In Spring 2011, Paramount turned heads by appointing Chicago stage veteran Jim Corti as the company’s first artistic director in 80 years, then self-producing its first-ever Broadway Series, presenting three-week runs of the popular musicals My Fair Lady, Joseph and the Amazing Technicolor® Dreamcoat, A Chorus Line and Hair, each featuring Chicago’s top professional directors, actors and designers. In less than a year, this new series attracted nearly 13,000 subscribers, with each production playing to rave reviews and wildly enthusiastic audiences.

The Paramount Theatre opened on September 3, 1931. Designed by nationally renowned theater architects C.W. and George L. Rapp, the theater captures a unique Venetian setting portrayed in the art deco influence of the 1930s. The first air-conditioned building outside of Chicago, the Paramount offered the public a variety of entertainment, including “talking pictures”, vaudeville, concerts and circus performances for more than 40 years.

In 1976, Aurora Civic Center Authority purchased the Paramount and closed the theater for restoration. The $1.5 million project restored the Paramount to its original grandeur. On April 29, 1978, the Paramount Arts Center opened, offering a variety of theatrical, musical, comedy, dance and family programming. In 2006, a 12,000-square-foot, two-story Grand Gallery lobby was added, with a new, state-of-the-art box office, cafe and art gallery.

Today, the Paramount Theatre continues to expand its artistic and institutional boundaries under the guidance of Executive Director Tim Rater, Artistic Director Jim Corti, a dedicated Board of Trustees and a devoted staff of live theater professionals.