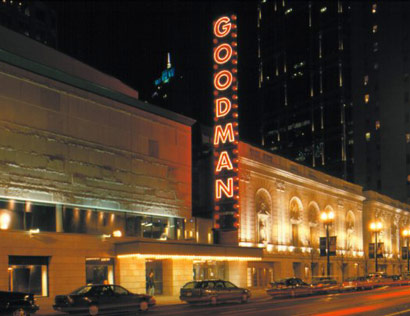 “Sweet Bird of Youth is one of Tennessee Williams’ most subversive, complex and uncompromising examinations of the world of the formerly beautiful. Bringing this play to the stage is a formidable task, and there is no one more qualified to meet this challenge than David Cromer,” said Artistic Director Robert Falls, who worked with Cromer as an actor in Falls’ 2002 production of Long Day’s Journey into Night at the Goodman.

Cromer’s direction of Wiliams “underscores the humanity of Williams’ vision, dark though it may be, allowing us to feel our way deeply into the play’s painful beauty. The pulse of its poetry almost comes to seem our own,” hailed The New York Times of Cromer’s 2010 production of A Streetcar Named Desire at Writers’ Theatre. Of his 2008 revival of Our Town by Thornton Wilder at the Chopin Theatre, the Chicago Sun-Times raved, “David Cromer has brought a true touch of genius to The Hypocrites’ new production of Our Town…He has created a bond between the audience and actors with such (seeming) effortlessness that they all become residents of Grover’s Corners without even knowing it. Cromer has magic up his sleeve and it involves capturing the unbridled truth.” The production earned critical and popular acclaim in its subsequent runs off Broadway and in Los Angeles.

“Every one of us has a complicated relationship with time passing. It’s something we don’t talk about,” said Cromer, a multiple Jeff Award winner and 2010 MacArthur Fellow who makes his Goodman directorial debut with this production. “Sweet Bird of Youth is this wild, vibrant, undulating play—just wind and palm trees swaying, and seagulls flapping past, and you can hear the sound of the ocean throughout it—and then there’s this sort of horror. I’ve always loved

Tennessee Williams for that juxtaposition, and I can’t imagine doing this play anywhere but at the Goodman with this incredible company of actors.”

One of Tennessee Williams’ “finest dramas” in which he “daintily peels off layer after layer of the skin, body and spirit of his characters and leaves their nature exposed in the hideous humor and pathos of the truth (The New York Times), Sweet Bird of Youth opens in the Gulf Coast hotel suite of Princess Kosmonopolis (Lane), an aging Hollywood starlet, and Chance Wayne (Wittrock), an actor-turned-gigolo pushing 30. Chance has just brought the Princess to his hometown after the disastrous premiere of her latest film, and hopes to use her fame and connections to win back his former love, Heavenly (Johnson), whose powerful father Boss Finley (Judd) drove him out of town years earlier. But when a mistake from his past resurfaces, Chance’s plan quickly unravels and the pair are forced to confront their crumbling dreams.

Meet the names and faces behind the work on stage, including playwrights and directors, and gain insight into the artistic process with Goodman Theatre’s Insider Access series of public programs.

Following each Wednesday and Thursday performance of Sweet Bird of Youth, audiences are invited to attend free post-show discussions with members of the artistic staff.

Goodman Theatre, “the leading regional theater in the nation’s most important theater city” (Time), is a major cultural, educational and economic pillar in Chicago, generating nearly $300 million in economic impact over the past decade in its state-of-the-art two-theater complex on North Dearborn Street. Founded in 1925 and currently under the leadership of Artistic Director Robert Falls, “Chicago’s most essential director” (Chicago Tribune), and Executive Director Roche Schulfer, Chicago’s oldest and largest not-for-profit resident theater has welcomed nearly two million patrons to productions and events—including 10 festivals celebrating playwrights such as David Mamet, August Wilson and Horton Foote, as well as the biennial Latino Theatre Festival—and served legions of students through its Education and Community Engagement programs (including the FREE Student Subscription Series and other interactive programs). The Goodman has earned more than 90 awards for hundreds of productions, including the Pulitzer Prize for Ruined by Lynn Nottage—one of 25 new work Goodman commissions in the last decade. American Airlines is the Exclusive Airline of Goodman Theatre. Ruth Ann M. Gillis is the Chairman of the Board of Trustees and Sherry John is the President of Women’s Board.