A special “Making of the Cast Recording”video — featuring exclusive interviews with the cast and creative team, along with studio and production footage — is available on YouTubeHERE. 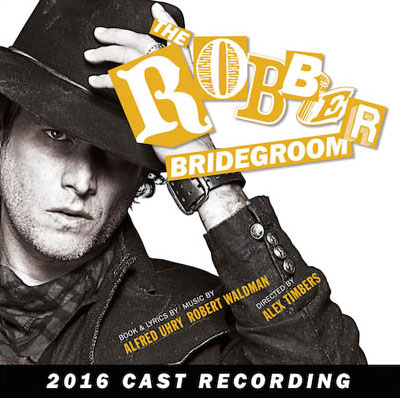 Based on the short story by beloved Southern writer Eudora Welty, THE ROBBER BRIDEGROOM transports the audience to the Natchez Trace in Mississippi, a dangerous and mysterious corner of the country teeming with a rogue’s gallery of the most beguiling con men, hucksters, and charlatans you’ll ever meet. Chief among them, Jamie Lockhart (Pasquale)—fair-faced gentleman by day, hard-hearted bandit of the woods by night. When he falls for the beautiful daughter of a wealthy planter, his world and code of ethics are turned upside down.

When this production opened Off-Broadway it was hailed as an “exceedingly high-spirited revival” by The New York Times, “totally stylish and deeply entertaining” by Entertainment Weekly, and “exceptionally charming” from Deadline. AM New York called it a “rollicking barroom jamboree” and said “its bluegrass score ranges in tone from rambunctious to tender.”

THE ROBBER BRIDEGROOM benefits from Roundabout’s Musical Theatre Fund with lead gifts from The Howard Gilman Foundation and Perry and Marty Granoff. The cast album is made possible, in part, by the generosity of Alfred Uhry and Robert Waldman.