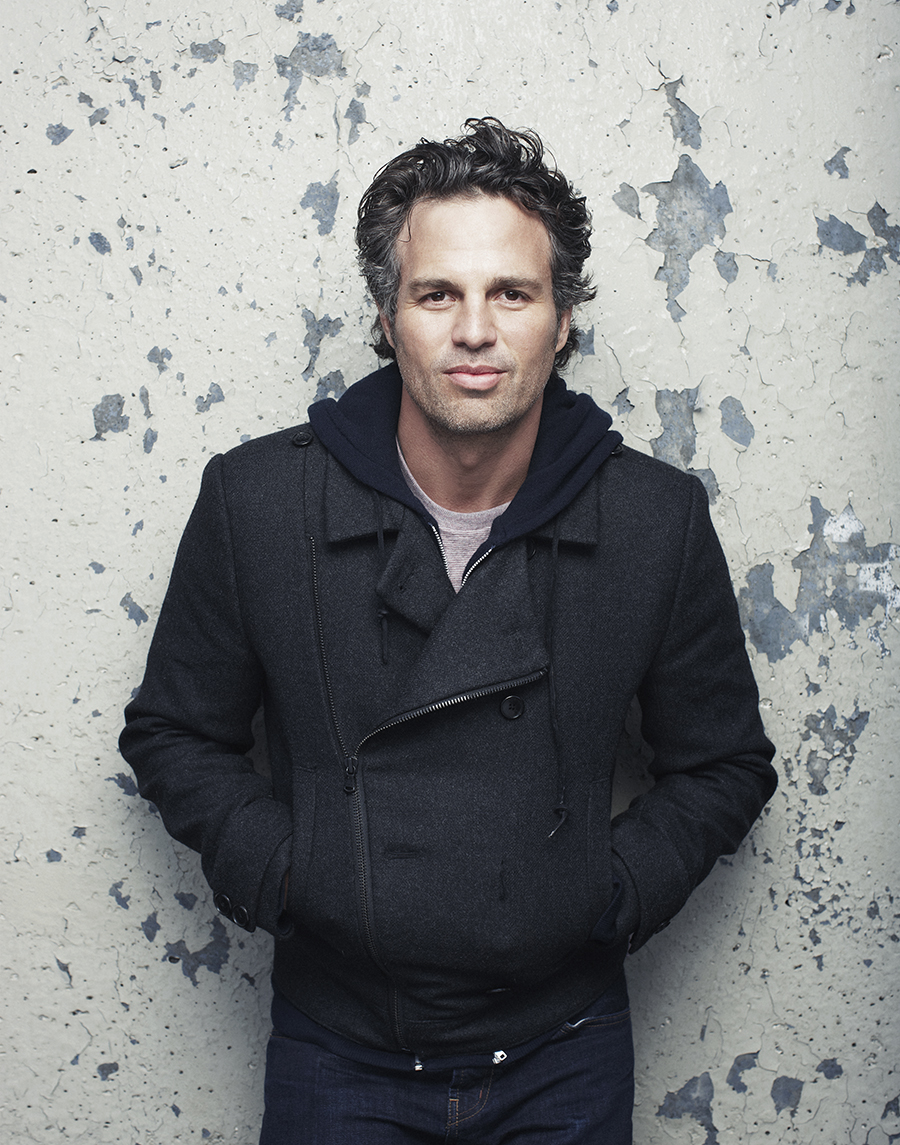 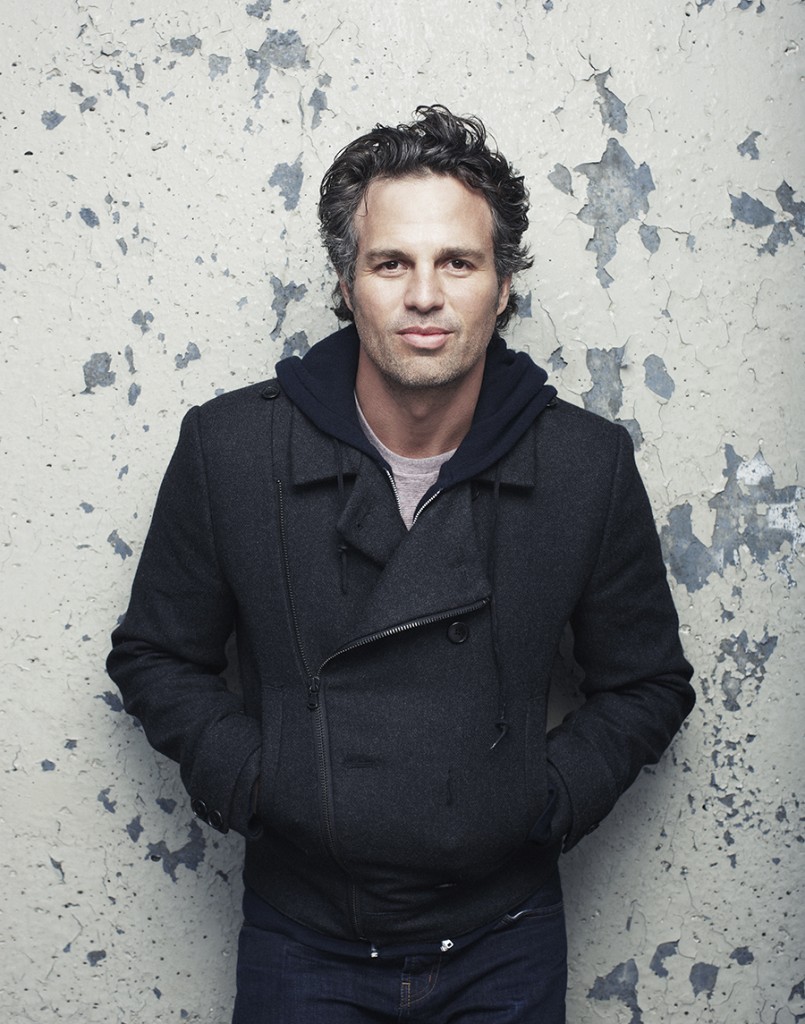 The Gene Siskel Film Center (GSFC) of the School of the Art Institute of Chicago (SAIC) will once again salute a leader in cinematic artistry when it honors two-time Academy Award® nominee Mark Ruffalo, Saturday, June 6, 2015, at The Ritz-Carlton Chicago (160 E. Pearson Street.) The evening will celebrate Ruffalo’s accomplishments as an actor, director and producer as well as give attendees the opportunity to listen in as Ruffalo reminisces about his favorite roles, provides insights into his creative process and influences, and discuss upcoming projects.   A retrospective of film clips from his most memorable performances will accompany the conversation. The evening will culminate with the presentation of the Gene Siskel Film Center Renaissance Award to Ruffalo by SAIC President Dr. Walter E. Massey.

“Mark Ruffalo is one of the most gifted and versatile actors working today, and always imbues his performances with layers of complexity that are fascinating to watch,” said GSFC of the SAIC Executive Director Jean de St. Aubin. “His performances in ‘Foxcatcher,’ ‘Shutter Island,’ and ‘The Kids are All Right’ are a few of my favorites, but even his performance as Bruce Banner/The Hulk in ‘The Avengers’ contains a level of introspection that was surprising and thought-provoking. As a director and producer, he has created some remarkable work, including last year’s highly acclaimed ‘The Normal Heart.’”

The benefit is co-chaired by longstanding GSFC supporters and Advisory Board members Marlene Iglitzen and Ellen Kollar.  The chair of the GSFC Advisory Board is Ellen Sandor.   All proceeds support the Gene Siskel Film Center’s eclectic film programming as well as lecture series and discussions with visiting scholars and filmmakers.  This programming provides the opportunity for students and the Chicago community to experience the best in film presentation. The annual fundraiser is the primary event that ensures that the GSFC can continue to present the highest quality films and film-related events in Chicago.

The Renaissance Award was designed specifically for the Gene Siskel Film Center by R.S. Owens & Company, creator of the Oscar® statuette.

About Mark Ruffalo
Mark Ruffalo is an Academy Award-nominated actor whose credits include “You Can Count on Me,” “The Kids Are All Right,” “The Avengers,” “Zodiac,” “Eternal Sunshine of the Spotless Mind” and “Foxcatcher,” as well as the Emmy, Golden Globe, and SAG award winning HBO film “The Normal Heart.” In addition to being an accomplished actor, Ruffalo is a strong advocate for addressing climate change and increasing renewable energy. In 2011, he co-founded Water Defense, an organization devoted to the guiding principal that clean water is a basic human right. He was named one of Time Magazine’s “People Who Mattered” in 2011. Ruffalo helped launch The Solutions Project in 2012 as part of his mission to share science, business and culture that demonstrate the feasibility of renewable energy. Ruffalo recently teamed up with race car driver and environmental activist Leilani Munter to promote their initiative “50 Plans for 50 States.”  The plan is a roadmap to take the USA to 100% clean energy in each state.  More information about his environmental work can be found at waterdefense.org.  He can be seen in two upcoming releases: “Infinitely Polar Bear,” and “The Avengers: The Age of Ultron.”

Tickets and More Information
The Gene Siskel Film Center of the School of the Art Institute of Chicago proudly presents the Renaissance Award Gala in honor of the Academy Award ® nominee Mark Ruffalo Saturday, June 6 at The Ritz-Carlton Chicago, 160 E. Pearson Street. Single tickets range in price from $500 to $1,000 (VIP). Table sponsorships range in price from $5,000 to $50,000.  Call (312) 846-2072 for tickets, tables or more information.

About the Gene Siskel Film Center
The Gene Siskel Film Center of the School of the Art Institute of Chicago celebrates the art of cinema with multiple annual festivals international in scope, independent and classic films, premieres, and retrospectives.  Internationally recognized for its original film programming, the Film Center is a vibrant cultural destination in Chicago that attracts a diverse and creative annual audience of over 80,000. www.siskelfilmcenter.org.

About the School of the Art Institute of Chicago
A leader in educating artists, designers, and scholars since 1866, the School of the Art Institute of Chicago (SAIC) offers nationally accredited undergraduate and graduate degrees and post-baccalaureate programs to nearly 3,200 students from around the globe. SAIC also enables adults, high school students, middle school students, and children to flourish in a variety of courses, workshops, certificate programs, and camps through its Continuing Studies program. Located in the heart of Chicago, SAIC has an educational philosophy built upon an interdisciplinary approach to art and design, giving students unparalleled opportunities to develop their creative and critical abilities, while working with renowned faculty who include many of the leading practitioners in their fields. SAIC’s resources include the Art Institute of Chicago and its new Modern Wing; numerous special collections and programming venues provide students with exceptional exhibitions, screenings, lectures, and performances.  For more information, please visitsaic.edu.  The Gene Siskel Film Center and SAIC are part of The Art Institute of Chicago. For more information about the Art Institute please visit www.artic.edu.