Getting out of the house on a frigid February night in Chicago can be difficult – taking on Old Man Winter in his glacial prime. Whatever you decide to do, it better be worth it because your cozy pajamas and Netflix list are waiting in the wings. Might I suggest a night of hilarity and political clarity with CNTRL + ALT-RIGHT + DELETE, a new sketch comedy revue from GayCo Productions.

Formed in 1996 out of Second City, GayCo has produced original sketch comedy revues that explore queer culture, performing them across continents. They return to the stage with this delightfully funny revue, performing for the first time at “Judy’s Beat Lounge,” named in honor of the improv and sketch genius, and late founder, Judy Fabjance. 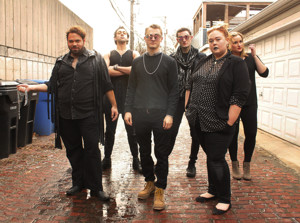 The sketches are full of wit and clever banter, with songs you can’t help but sing and sway along to while laughing at the absurdity which speaks the truth with spunk. What would happen if being straight meant you were the odd one out? Or your family member upstaged you one too many times? Or for heaven’s sake you just love your customer so much it hurts! In each setting the bright and vivid cast was outstanding with timing and cohesiveness that the sketch gods would be proud of.  I found myself clapping loudly, feeling a warmth and relief only hardy laughter can give. I highly recommend that you experience it for yourself.

Directed by Bina Martin and assistant directed by Julia Bondani with Amanda Murphy as musical director.