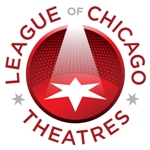 Fall 2012 will see Chicago continue to produce some of the most exciting theater in the country.  Offerings from the city’s more than 200 producing theaters includes a range of special fall programming, featuring everything from the latest musicals to highly anticipated world premieres.

“This fall will bring a fantastic new season of the theater to Chicago that is guaranteed to be exciting, creative, and unique to this vibrant theater community. The plays we’ll see will range from world premieres to anniversary productions, family-friendly shows to hard-hitting dramas,” says Deb Clapp, Executive Director of the League of Chicago Theatres. “Having seen such variety and success during the summer season, we are anticipating even greater triumphs of the stage this fall.”

The following is a selection of notable work playing in Chicago throughout the fall:

New works and adaptations include:

Black Ensemble Theatre presents the world premiere of One Name Only, (Featuring the hits of Aretha, Gladys, Patti, Chaka and a tribute to Whitney) a BE original musical tribute to the women of soul written and directed by Associate Director Rueben Echoles.

The musical A Class Act will make its Chicago debut at Porchlight Music Theatre September 1- October 7.

The Chicago Premiere of 33 Variations by Moises Kaufman will open the 2012-2013 season of TimeLine Theatre Company at Stage 773 from August 24- October 21.

Sean Graney adapts and directs The Fall of the House of Usher by Edgar Allan Poe for The Hypocrites at the Chopin Theatre, August 14 – September 30.

The Annoyance Theatre is celebrating its 25th Anniversary with new plays, The Association, Kitty Massacre, and Solo Ole! and new improv shows Almost Atlanta and One-on-One.

Ongoing productions continuing in Chicago include:

The hit musical, Million Dollar Quartet, continues in its fourth year at the Apollo Theater.

The Second City’s History of Chicago will continue through the summer at Up Comedy Club.

Chicago theater is the leader in the U.S. with more than 250 theaters throughout Chicagoland, comprising a rich and varied community ranging from storefront, non-union theaters to the most renowned resident theaters in the country, including 5 which have been honored with Regional Tony Awards, and the largest touring Broadway organization in the nation. Chicago’s theaters serve 5 million audience members annually and have a combined budget of more than $250 million. Chicago produces and/or presents more world premieres annually than any other city in the nation. In 2009-10 alone Chicago theater companies produced more than 130 world premiere productions and adaptations. Each year Chicago theaters send new work to resident theaters across the country, to Broadway, and around the world.

For a comprehensive list of Chicago productions, visit the League of Chicago website, www.chicagoplays.com.  Discounted tickets are available at www.hottix.com.