Drum Corps International – Marching Music’s Major League™ (DCI) will appear Dwayne “The Rock” Johnson’s exclusive Clash of the Corps premiere on Tuesday, October 4 at 10:00 p.m. ET/7:00 p.m. PT as he hosts a live streaming event on his Facebook page for more than 56 million fans at www.facebook.com/DwayneJohnson.

The eight-part docu-series, Clash of the Corps, showcases the fast-paced, ultra-competitive, high-energy world of drum corps from behind-the-scenes vantage point of The Blue Devils of Concord, California, and The Cadets of Allentown, Pennsylvania, from spring training through World Championships during the 2016 season. Viewers will see the sacrifices and rewards of competing at the highest level of marching music performance. 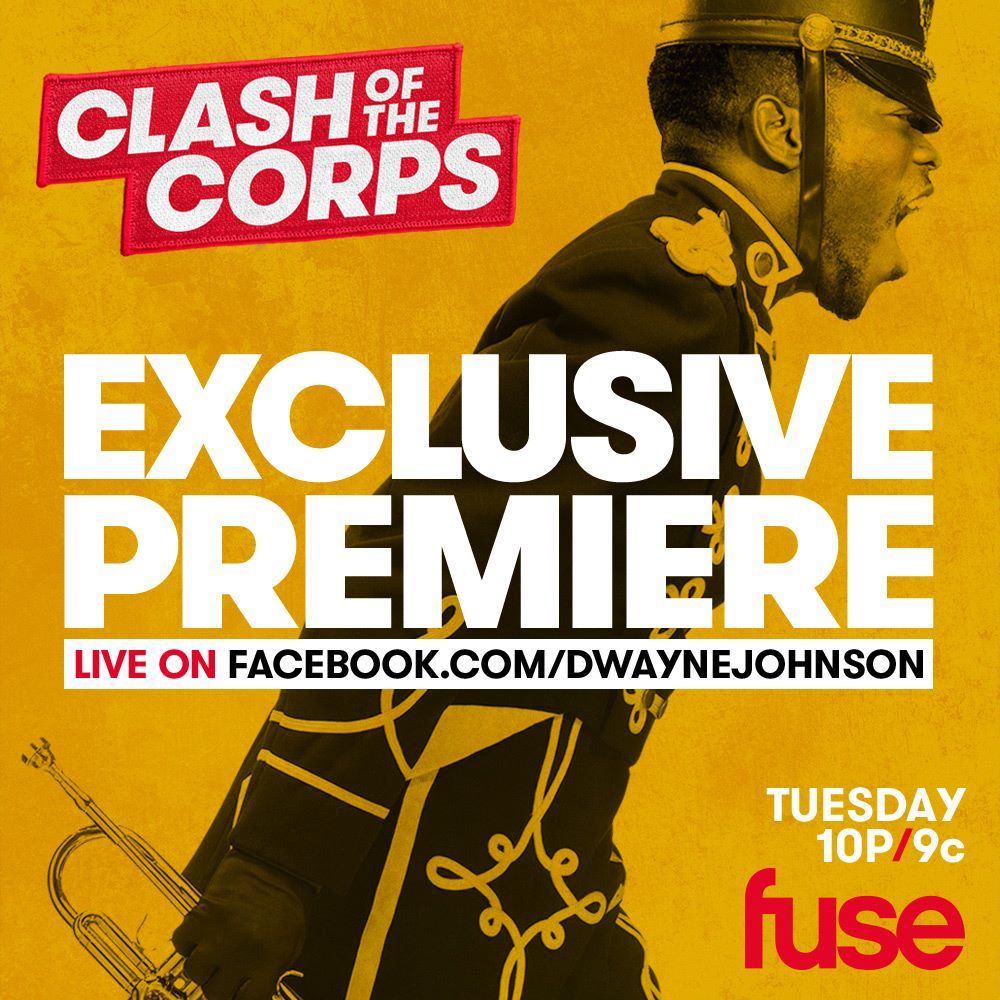 Johnson said, “This Tuesday, I’m marchin’ in with a new look. I’ll have the first episode of Clash of the Corps streaming live on my Facebook page before it hits Fuse on Wednesday. Players ain’t the only ones who leave it all out on the field!”

Drum Corps International is the world leader in producing and sanctioning competitive events for the world’s most elite and exclusive touring marching music ensembles for student musicians and performers. For additional organization and program information, visit www.dci.org.