DINOSAUR TRAIN LIVE! BUDDY’S BIG ADVENTURE BASED ON THE HIT PBS KIDS SHOW COMES TO THE DR. PHILLIPS CENTER FOR THE PERFORMING ARTS ON SUNDAY, MAY 10, 2015 Tickets go on sale Friday, November 21, 2014 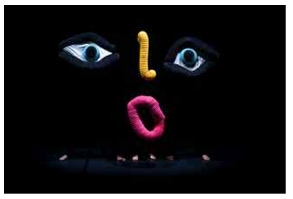 The popular Emmy® Award nominated PBS KIDS series Dinosaur Train will come to life on the stage at the Walt Disney Theater in a big way with Dinosaur Train – Live! Buddy’s Big Adventure at the Dr. Phillips Center for the Performing Arts on Sunday, May 10 at 1 p.m. and 4 p.m. Tickets start at $24.75 and go on sale Friday, November 21 at 10 a.m. To purchase tickets, visit DrPhillipsCenter.org, call 844-513-2014 or visit the Dr. Phillips Center box office located at 445 South Magnolia Avenue in downtown Orlando.

Dinosaur Train – Live! Buddy’s Big Adventure will bring the beloved stars of the hit PBS series to your hometown for the first time. Kids can join Buddy, Tiny, King, Don and more in a fun-filled, interactive and immersive live trip back in time to an age when dinosaurs roamed the earth….and rode in trains! They will be brought to life in an exciting, original, musical story created just for the stage where the audience is always a part of the action. Utilizing lush projected backgrounds and vistas, magical special effects that fill the theatre, a full sized replica of the Dinosaur Train, unique hybrid puppeteered costume characters and an engaging live host, our Dinosaur pals and their adventures will truly seem larger than life.

Through interactivity, music and laughter Dinosaur Train – Live! Buddy’s Big Adventure will have kids up and dancing in the aisles. Buddy the dinosaur’s world will be created for this live “pre-hysterical” experience as only the Jim Henson Company can. See more details at www.DinosaurTrainLive.com.

“This will absolutely be a ‘wow’ show for kids where they can feel like they’ve been transported to Buddy’s amazing world and can go on an adventure with him and his friends. It will be chocked full of music, laughs and effects that families will love experiencing together. We hope kids will be having such a great time they won’t even realize all of the science concepts they’re learning!”

The PBS KIDS animated television series, Dinosaur Train, created by Craig Bartlett, embraces and celebrates the fascination that preschoolers have with both dinosaurs and trains while encouraging basic scientific thinking and skills. Each episode includes animated segments with live-action sequences featuring a paleontologist who brings to life the show’s natural science and natural history curriculum for preschoolers, giving specific facts about dinosaurs and comparing their features to animals of today. The series has been airing on PBS Kids since September of 2009. The Dinosaur Train television series is a big hit for young viewers; consistently ranking in the top ten children’s programs for ages 2 to 5 according to Nielsen.

About The Jim Henson Company:

The Jim Henson Company has remained an established leader in family entertainment for over 50 years and is recognized worldwide as an innovator in puppetry, animatronics and digital animation. Best known as creators of the world famous Muppets, Henson has received over 50 Emmy Awards and nine Grammy Awards. Recent credits include the Emmy® nominated “Sid the Science Kid,” and “Dinosaur Train” as well as “Wilson & Ditch: Digging America” and “Pajanimals.” Features include “The Dark Crystal,” “Labyrinth,” “MirrorMask,” and “Unstable Fables” and television productions include “Fraggle Rock” and the sci-fi cult series “Farscape.”

With additional locations in New York and London, The Jim Henson Company is headquartered in Los Angeles on the historic Charlie Chaplin lot, complete with soundstage and postproduction facilities. Independently owned and operated by the five adult children of founder Jim Henson, the Company is also home to Jim Henson’s Creature Shop™, a pre-eminent character-building and visual effects group with international film, television and advertising clients, as well as Henson Recording Studios, one of the music industry’s top recording facilities known for its world-class blend of state-of-the-art and vintage equipment. The Company’s Henson Alternative brand has recently launched the national tour of “Stuffed and Unstrung,” a live puppet improvisational show named one of the top 10 “Best Stage Shows” by Entertainment Weekly. henson.com; Join us on facebook.com/hensoncompany; and follow us at twitter.com/hensonparents

Mills Entertainment is a leading producer and promoter of branded live entertainment. Mills collaborates with top brands and personalities to develop, market and produce live theatrical events throughout the U.S. and worldwide. Current projects include Theresa Caputo Live, The Cake Boss: Bakin’ with the Boss Tour, Cesar Millan Live, Clifford the Big Red Dog Live!, and Jack Hanna’s Into the Wild Live.

Gables Grove Productions Inc. currently is collaborating with The Jim Henson Company, Walt Disney Creative Entertainment/Imagineering, Sea World, Carnival Cruise Lines, Royal Caribbean Cruise Lines, and independent producers and writers to develop exciting multimedia entertainment. About the founders: Tony & Emmy Award nominee John Tartaglia starred in the acclaimed musical Avenue Q, appeared on Broadway in Shrek The Musical and in Disney’s Beauty and the Beast, and created and starred in The Playhouse Disney series ”Johnny and the Sprites.”  Broadway performer Michael Shawn Lewis is a founder of the New York Children’s Theater Festival, a non-profit organization dedicated to the development of theater for younger audiences.  They both received Drama Desk nominations for their Off-Broadway production of John Tartaglia’s ImaginOcean, currently touring internationally and being developed for television with the Jim Henson Company.

About The Brad Simon Organization:

The Dr. Phillips Center for the Performing Arts is a non-profit 501(c)3 organization operating the new state-of-the-art performing arts center in downtown Orlando, Florida. With its opening in November 2014, the performing arts center launched its vision of Arts For Every Life® by being a gathering place for creativity and discovery; a vibrant urban destination where artists, audiences and students come to experience, explore and learn. The two-block community destination features the 2,700-seat Walt Disney Theater, 300-seat Alexis & Jim Pugh Theater, Seneff Arts Plaza, School of Arts, the DeVos Family Room, and other event rental spaces. Future expansion plans include a 1,700-seat Acoustical theater, rehearsal room and commercial development spaces. The Dr. Phillips Center is a public-private collaboration with the City of Orlando, Orange County, the State of Florida and generous donors. For more information please visit drphillipscenter.org.