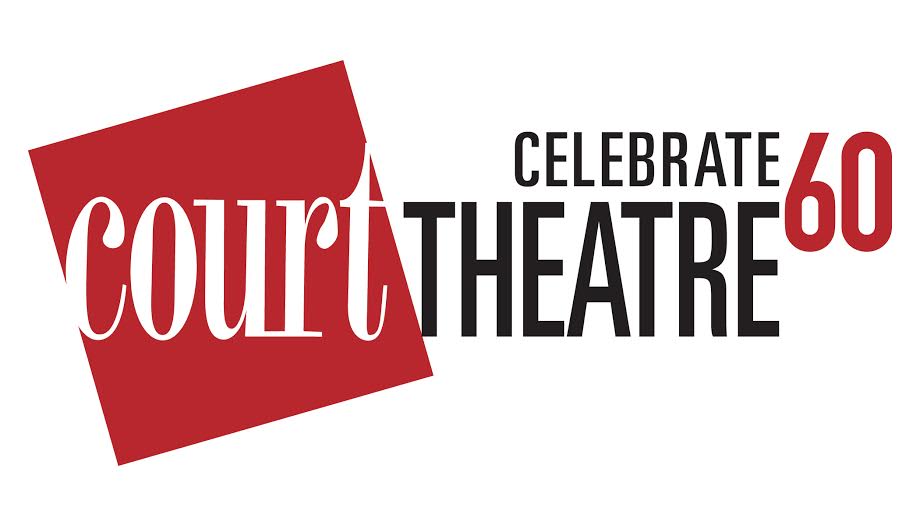 Richard Wright’s iconic novel about oppression, freedom, and justice comes to life on stage in this ground-breaking, world premiere adaptation. Suffocating in rat-infested poverty on the South Side of Chicago in the 1930s, 20-year-old Bigger Thomas struggles to find a place for himself in a world whose prejudice has shut him out. After taking a job in a wealthy  man’s house, Bigger unwittingly unleashes a series of events that violently and irrevocably seal his fate. Adapted with theatrical ingenuity by Chicago’s own Nambi E. Kelley, and co-produced with American Blues Theater, this Native Son captures the power of Richard Wright’s novel for a whole new generation.

“We are thrilled to open our 60th Anniversary Season with a world premiere adaptation of Richard Wright’s classic novel Native Son, co-produced with American Blues Theater,” says Artistic Director Charles Newell. “While the novel was written almost 75 years ago, its subject matter is all too timely in 2014 and relevant to the Chicago of today. Bringing this important story to a modern audience has been at the heart of the unique collaboration between Court and American Blues Theater.”

Nambi E. Kelley (Playwright) has penned plays for Steppenwolf, Goodman Theatre, and Court Theatre in Chicago, Lincoln Center in New York, and internationally. Most recently, Kelley returned to Singapore to perform in her co-adaptation of The Book of Living and Dying that will be published in an anthology of plays in Singapore in 2014. Recent playwriting honors include: Goodman Theatre Playwright’s Unit where she penned For Her As A Piano for which she received an award for mental health advocacy, Xtigone (American Theatre of Harlem workshop production) and Harlem 9’s 48 Hours in Harlem Playwright 2013. Other writing credits include: Norman Mailer Writing Colony Fellow 2012, Dramatists Guild Writers Intensive Fellow 2011, Goodman Theatre Fellowship Recipient, La MaMa Playwrights Symposium Playwright-In-Residence in Spoleto, Italy under the tutelage of Lisa Kron and Pulitzer prize winner Lynn Nottage, The Friends Fellowship (Ragdale Foundation), the 3 Arts Fellowship (twice nominated), TCG Candidate for Playwriting: Goodman Theatre, the Eugene O’Neill Playwrights Conference nomination, and was recently honored at the Black Ensemble Theatre for her contributions in playwriting. Kelley also serves as a Chicago Dramatists Playwright-In-Residence, and is playwright emeritus with MPAACT, Chicago. Also an actress, Nambi has worked on stage and television in Chicago, New York, Los Angeles, and internationally, playing opposite such artists as Phylicia Rashad, Alfre Woodard, Blair Underwood, and Patrick Swayze. Ms. Kelley guest lectures at Lake Forest College, has a BFA from The Theatre School at De Paul University, formerly known as The Goodman School of Drama, and holds an MFA in interdisciplinary arts from Goddard College in Vermont.

Jeff Blim (Jan/Pressman) makes his American Blues/Court Theatre debut. Chicago credits include Twisted: The Musical and Holy Musical B@man! with StarKid Prod., along with his recent debut of The Trail to Oregon for which he also wrote the music and book. He has previously done sketch shows at The Second City’s UP Comedy Club (Airport for Birds, 1Night 2Last 3Ever). Other credits include: Footloose (National Tour) and Lobby Hero (NYC). Jeff is a University of Michigan graduate.

Joe Dempsey (Britten) recently performed in The 25th Annual Putnam County Spelling Bee at Drury Lane Oak Brook and Noises Off! at Milwaukee Rep. He has also acted in Chicago at Goodman, Steppenwolf, Northlight, Chicago Shakespeare, Victory Gardens, Lookingglass, Remy Bumppo, and many others as well as regionally at Kansas City Rep, Centerstage Baltimore, Cincinnati Playhouse, St Louis Rep, and City Theatre Pittsburgh. He is a former member of The Second City National Touring Company and of the Neo-Futurists and their signature show Too Much Light Makes The Baby Go Blind. He is also a proud artistic affiliate of American Blues Theatre.

Jerod Haynes (Bigger) was born and raised on Chicago’s South Side and returns to Court Theatre. Jerod was most recently seen in Court’s production of August Wilson’s Seven Guitars (2014, directed by Ron O.J. Parson) as Canewell. He was in Timeline Theatre’s production of A Raisin in the Sun (2013, directed by Ron O.J. Parson), in which he did 100 shows as Walter Lee. Other theater credits include Columbinus (2013) at ATC Theater. He also portrayed the role of Tom Robinson at Milwaukee Reparatory Theater’s production of To Kill a Mockingbird (2012). Other theatre credits include appearances at Chicago’s ETA Theatre in their productions of Contribution and Greensboro 4: Downpayment on Manhood. Jerod has spent time in the UK where he studied at the British American Drama Academy (BADA). He also finished the entire training program at the Acting Studio Chicago.

Eric Lynch (Black Rat) makes his Court Theatre debut.  Other theater credits include Buzzer at Goodman Theatre, Twelfth Nightand Richard III with Lakeside Shakespeare Theater, Broken Fences at 16th Street Theatre, Blacktop Sky at Theatre Seven of Chicago (Presented as part of the Steppenwolf Garage Rep),Holidaze with Step Up Productions, and A Midsummer Night’s Dream with Sankofa Theater Company. He was an understudy inOthello, To Kill a Mockingbird, and Yellowman at Milwaukee Repertory Theatre. Eric is also a proud Artistic Affiliate with American Blues Theater. Television credits include Chicago Fire (NBC) and Chicago PD (NBC). Eric is represented by Shirley Hamilton Talent. Eric wants to thank his family and friends for their unwavering support.

Tosin Morohunfola (Gus) is a KU Grad and founder of the Multicultural Theatre Initiative, where he served as Artistic Director for two years, including producing 4 of his own original plays. Off-Broadway: Lucky Duck at the New Victory Theatre.  Chicago Credits: Pullman Porter Blues at the Goodman and The Gospel of Lovingkindness at Victory Gardens. As Resident Artist of the Coterie Theatre: Scarecrow in The Wiz, Donkey in Shrek, and others. He also directed Geek Mythology, Zeus on the Loose andThe Presidents! at the Coterie. Other acting credits include Creede Repertory Theatre’s The Drowsy Chaperone, Is He Dead?, and the world premieres of Harry The Great and The Presidents! Also, the Unicorn Theatre’s By the Way, Meet Vera Stark, BlackTop Sky, Ruined, Speech & Debate, The Living Room’s This is How it Goesand Romeo in HASF’s Romeo and Juliet tour. Television: NBC’s Chicago Fire. Films: Destination Planet Negro and the If Night Comes series. Shorts: Mouth Breather, Rook, As a Puzzle, andAlpha Bravo Charlie. Tosin is also a member of “Those People” Comedy, and “Boomtown! Improv.”

Edgar Miguel Sanchez (Buddy) returns to the Court Theatre stage where he was last seen as Elliot in Water By The Spoonful. Other Chicago credits include: The Wheel (Steppenwolf), Romeo And Juliet (Chicago Shakespeare Theatre), This is Our Youth (Sankofa), The Ghost Is Here (Vitalist), Fever Chart (Eclipse), Brothers of the Dust (Congo Square), Sinbad: The Untold Story (Adventure Stage), 1001 (Collaboraction), Red Noses-Remount (Strawdog), Welcome To Arroyo’s (ATC), Wilson Wants It All (The House), and Twelfth Night (CST). Regional Credits include: the title role in Hamlet (The Gable Stage); Twelfth Night, Richard III, Troilus and Cressida, and The Admirable Crichton (American Players Theatre); A Midsummer Night’s Dream, Othello, and The Comedy of Errors (The Oregon Shakespeare Festival). As a full-time artist, Edgar Sanchez spends his time directing, producing, and writing, as well as creating hip-hop music and event programming for various companies. He helped found Sankofa Theatre Company and also runs a performance venue in the city named “The Tuxedo Palace”. He was born in Dominican Republic, raised in Miami, FL, and received his B.F.A. in acting from The Theater School at DePaul University.

Now in its 60th season at the University of Chicago, Court Theatre is guided by its mission to discover the power of classic theatre. Court endeavors to make a lasting contribution to American theatre by expanding the canon of translations, adaptations, and classic texts. Court revives lost masterpieces, illuminates familiar texts, and distinguishes fresh, modern classics. Court engages and inspires its audience by providing artistically distinguished productions, audience enrichment activities, and student educational experiences.