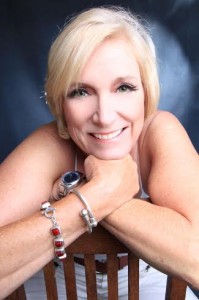 This month, to celebrate Gay Pride and to commemorate the one –year anniversary-ish of Chigaygo, Poppy Champlin (Showtime, LOGO, Comedy Central) headlines a night of hilarious gay and gay friendly comedy.  Hosted by actor/comedian and professional gay Scott Duff (OUT CHICAGO, Laugh Factory, About Face Theatre), the evening features Chicago comics Tamale, Rachel McCartney, and more to be announced.  Doors open at 7 p.m.; the show starts at 8 p.m. It’s first-come-first-serve seating, and you never know what surprises might show up. So bring your family, your big gay lover, or gay best friend and come out for a night of pride and laughter.

Laugh Factory Chicago is located 3175 N. Broadway at Broadway and Belmont. All shows are 18 and over. For details and reservations please go to www.LaughFactory.com or call (773) 327-3175. 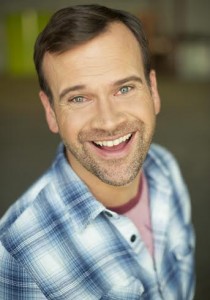 Scott Duff is a Chicago based actor, comedian, and professional gay.  He is a founding member of About Face Theatre, Chicago’s premiere LGBT theatre dedicated to creating and producing plays that advance the national dialogue on gender and sexuality.  In addition to over 15 AFT productions, his Chicago credits include the Goodman, Steppenwolf, Chicago Shakespeare, Lookingglass, iO, and ATC.  Scott is also the host of OUT CHICAGO, a weekly live talk show for the LGBT community airing Sundays from 11am-1pm on WCPT, Chicago’s Progressive Talk AM & FM.

Poppy Champlin is the creator/producer and host of the successful touring comedy show, “The Queer Queens of Qomedy,” now in its seventh year.  Her comedy special for Showtime, “Pride:  The Gay and Lesbian Comedy Slam, “ is now on Netflix, and she has had two specials on LOGO.  Champlin, a graduate of Chicago’s Second City, has appeared on The Oprah Winfrey show, The Joan Rivers Show, Comedy Central, and Entertainment tonight as well as comedy clubs around the world.

The Laugh Factory has always fought against adversity. It was born during a time when comedians were striking against the very clubs that they perform in. Laugh Factory and its owner Jamie Masada started with one simple philosophy, “Let’s treat comics with respect.” As the Laugh Factory grew into the brand it is today, the philosophy grew with it. Masada and the Laugh Factory had front row seats to the gay rights movement of the 1980s. As AIDS began to ravage the gay community, Masada began passing out condoms at all of his shows. Masada was also instrumental in the creation of West Hollywood, which is considered one of the most gay-friendly cities in the country. Soon, this little underdog of a club was receiving national news coverage for its efforts to fight the AIDS epidemic. Masada, a noted philanthropist, has always strived to make his clubs a forward thinking, progressive and safe place for all who enter. When Masada discovered that some of his comics were remaining in the closet for fear of crowd backlash, he decided to start “Coming Out of the Closet” one of the nation’s first all gay comedy shows. The show became a huge success and to this day the Laugh Factory is seen as a shining beacon of the now safe and gay-friendly West Hollywood. In 2012, the Laugh Factory brought its brand, and philosophy of respect to Chicago. Laugh Factory Chicago set up camp in Boys Town, where it hopes to continue its tradition of supporting those in need. Masada is excited to work with the Chicago’s LGBTQ community to keep the city loving, tolerant and of course, laughing

Located at 3175 N. Broadway, following a $5 million renovation of the former Lakeshore Theatre, Chicago’s new Laugh Factory features a flashy new video marquee, 311 seats in an intimate, dinner theater-like setting, high ceilings to accommodate balcony seating, plus a full bar with table service and a selection of appetizers. The Chicago stage and backdrop is a replica of the familiar Laugh Factory stage now so famous in L.A.

Founder Jamie Masada – the driving force behind Laugh Factory – is revered as a pioneer and innovator and is an iconic name on the comedy scene, instrumental in launching the careers of many of today’s biggest comics. The New York Daily News called him the “Real King of Comedy.” His knowledge and expertise have made him a leading authority on all things comedy and his advice is highly regarded by the entertainment industry’s top power brokers.

For more information about the Laugh Factory and to learn about upcoming shows at the new Chicago location, visit www.LaughFactory.com.