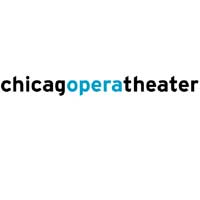 Philip Glass’ The Fall of the House of Usher, a gothic horror story which blurs the line between the real world and the supernatural, opens Chicago Opera Theater‘s 2013 Season, titled “Power of Love, Love of Power.”  This is Andreas Mitisek‘s inaugural season as General Director of Chicago Opera Theater since assuming the position in June 2012.  Glass’ haunting 1987 score for Edgar Allan Poe’s macabre masterpiece, with lyrics by Arthur Yorinks, provides the perfect backdrop for this nightmarish journey to the edge of madness.  The Fall of the House of Usher, taking place at the Harris Theater for Music and Dance, 205 E. Randolph Drive, runs for four performances only: Saturday, February 23 at 7:30 p.m., Sunday, February 24 at 3 p.m., Wednesday, February 27 at 7:30 p.m. and Friday, March 1 at 7:30 p.m.  Single tickets go on sale Monday, January 21.

The Fall of the House of Usher is a co-production with Long Beach Opera (LBO), whose production opens January 27.  An opera in two acts, The Fall of the House of Usher takes the audience deep into the eerie realm of the House of Usher.  When William receives a letter from his long lost friend Roderick Usher, apparently suffering from illness and requesting William’s presence, he journeys to the sinister mansion where Roderick and his twin sister Madeline live as the last of the Usher bloodline.  At first William tries to aid his friend by reminding Roderick of his passion for art, music and literature, but William soon becomes swallowed up in a world where the border separating real and supernatural is blurred, and paranoia then takes control.  Taken from one of Edgar Allan Poe’s most popular tales, this unsettling story explores the line between truth and imagination, all set against Glass’ haunting and suspenseful music.  COT has also performed Glass’ opera Akhnaten in 2000.

“Our 2013 Season emphasizes the tension between the power of love and the love of power,” explains Mitisek, who conducts both the COT and LBO performances.  “The Fall of the House of Usher is about internal and external collapsing worlds.  Glass’ music suspends reality and time, hypnotizing us on this journey to the edge of sanity.  It’s a 90-minute psychological roller coaster ride.”

Ken Cazan returns to COT to direct Usher after directing the acclaimed Death in Venice (2004), Bluebeard’s Castle (2007), Erwartung (2007) and Shining Brow (1997).  He is the Resident Stage Director for the Thornton School of Music at the University of Southern California.  One of America’s most sought-after directors, he has directed more than 100 productions for more than 40 opera companies, including the Santa Fe Opera, Central City Opera, Atlanta Opera, and Seattle Opera, among others.  Of Usher, Cazan says, “Things are rarely what they seem in Gothic horror tales.  What on the surface feels like a tragic and spooky story (which it is), instinctively, upon the first hearing and reading of Glass’ opera, felt like something very different to me.  William feels an unusual sense of passion for Roderick, whom he hasn’t seen since childhood.  William very forcefully speaks of taking Roderick away, of saving him.  And what of Madeleine, Roderick’s ailing ‘identical’ twin sister?  In the opera, William hears her without seeing her.  Does she really exist?”

The Fall of the House of Usher runs for four performances February 23, 24, 27, and March 1 at the Harris Theater for Music and Dance in Millennium Park.  Individual tickets to are on sale January 21 and range from $45 – $125.  Tickets may be purchased through Chicago Opera Theater at www.chicagooperatheater.org, by phone at 312-704-8414, or through the Harris Theater at www.harristheaterhicago.org and 312-334-7777.  COT offers half-off tickets to students in sections A, B, C and D.

COT DEBUT: Suzan Hanson (Madeline Usher) is a multi-faceted artist who combines work in opera and music-theater.  Her recent performances of Poulenc’s La Voix Humane was described as “fresh and forceful…[with] blazing dramatic fervor…” by The San Francisco Chronicle.  Hanson has performed with companies such as Arena di Verona, Arizona Opera, Carnegie Hall, Edinburgh, Long Beach Opera, Maggio Musicale (Florence), New Israeli Opera, Pittsburgh Opera Theater, and San Francisco Opera.  Often sought for new works, Hanson has originated many roles, including Hanako in Sound of a Voice.  She is a regular with LBO and has sung Pat Nixon in Nixon in China, Medea in Meda by Cherubini and Margarita in Ainadamar by O. Golijov.  Hanson originated the role of Madeline in The Fall of the House of Usher in the World Premiere production by American Repertory Theater.

COT DEBUT: Lee Gregory (William) hails from Houston, Texas.  His recent performances include Silvio in I Pagliacci with Arizona Opera Company, Richard Nixon in Nixon in China with Eugene Opera, Schaunard in La bohème with Michigan Opera Theatre, and the title role in Il barbiere di Siviglia with Opera Theatre of the Rockies.  He reprises the role of William in COT’s production, having sung it with Nashville Opera.

COT DEBUT: Jonathan Mack (Physician) has performed over fifty roles during his eighteen seasons with the Los Angeles Opera, including Ferrando in Mozart’s Cosi fan tutte, Kudrjas in Janacek’s Katya Kabanova, Quint in Britten’s Turn of the Screw, and Orpheus in Offenbach’s Orpheus in the Underworld.  He has also worked with Netherlands Opera, Kentucky Opera, Vancouver Opera and Opera Columbus.

COT DEBUT: Ryan MacPherson (Roderick Usher) sings this season with Virginia Opera as Alfred in Die Fledermaus and returns to the Buxton Festival as Horace in Gounod’s La colombe and Kornélis in Saint-Saëns’La princesse jeune.  He has performed with Dayton Opera, Utah Opera, Portland Opera and Nashville Opera, among others.  With New York City Opera he created the role of Iff, the Water Genie, in Wuorinen’s Haroun and the Sea of Stories.

COT DEBUT: Nick Shelton (Servant) has garnered unanimous accolades for his dark, piercing voice, refined musicianship, and commanding stage presence.  Recent season highlights include Jose Tripaldi in Golijov’sAinadamar with Long Beach Opera, of which Gazettes.com raved “that is some terrific voice!” and called him “a name to remember.”

COT DEBUT: Set designer Alan E. Muraoka has been working in the entertainment industry as a production designer and art director for film and television, as well as a theatrical set designer for over 25 years.  He has been honored with two Emmy® Award nominations and three Art Directors’ Guild Award nominations.  His design credits include Dirty Girl and BaadAsssss!  He has collaborated with Mitisek at Long Beach Opera, designing Ricky Ian Gordon’s Orpheus and Euridice, staged in an Olympic swimming pool, and an opera adaptation of The Diary of Anne Frank staged in an underground parking garage.

Costume designer Jacqueline Saint Anne is an Emmy Award-winning costume designer and former President of the Costume Designers Guild.  Saint Anne returns to COT with The Fall of the House of Usher, having debuted with Owen Wingrave in 2010.  This also marks Saint Anne’s second production with Long Beach Opera, where she debuted with The Cunning Little Vixen in 2009.  With Ken Cazan, she has designed for the Thornton Opera at USC: Don Giovanni, Gianni Schicchi, Three Decembers, The Rape of Lucretia and Summer and Smoke, among others.

Mitisek’s work as director, designer and conductor for site-specific productions in parking garages, swimming pools, night clubs and warehouses has become a successful hallmark of his work with Long Beach Opera, and he anticipates incorporating such innovative projects into the COT repertoire.  In addition to being named “LA Tastemaker” by LA Times Magazine in 2009 and highlighted as one of “2012 People” by LA Weekly, in 2012 Mitisek was named by Opera News as one of the 25 people that will be a major force in the field of opera in the coming decade.  Recent LBO credits as director, designer and conductor include Golijov’s Ainadamar, Piazzolla’s Maria de Buenos Aires (which will be the second production of COT’s 2013 season), Lang’sDifficulty of Crossing a Field, Cherubini’s Medea and Glass’ Akhnaten.

Through his operas, his symphonies, his compositions for his own ensemble, and his wide-ranging collaborations with artists ranging from Twyla Tharp to Allen Ginsberg, Woody Allen to David Bowie, Philip Glass has had an extraordinary and unprecedented impact upon the musical and intellectual life of his times.  His operas – Einstein on the Beach, Satyagraha, Akhnaten and The Voyage, among many others – play throughout the world’s leading houses.  Glass has written music for experimental theater and for Academy Award-winning motion pictures such as “The Hours” and Martin Scorsese’s “Kundun.”  He was born in 1937, grew up in Baltimore, and studied at the University of Chicago, the Juilliard School and in Aspen with Darius Milhaud.

Founded in 1974 by Alan Stone, Chicago Opera Theater has carved a significant place for itself in the operatic life of Chicago and has reached an audience of hundreds of thousands through its main stage performances, community engagement, education programs in Chicago Public Schools, as well as its renowned Young Artist Program.  Chicago Opera Theater presents first-class productions of operatic repertoire, ranging from the great works of the 17th, 18th and 20th centuries to intimate and innovative contemporary productions by top-tier, internationally renowned conductors, directors and designers.

THE FALL OF THE HOUSE OF USHER

Based on the Story by Edgar Allan Poe

Sung in English with English supertitles.

The Fall of the House of Usher is generously supported by Orli & Bill Staley and The Andrew W. Mellon Foundation.

For more information on the Chicago Opera Theater and its programs please visitwww.chicagooperatheater.org.