Nonstop musical entertainment by many of Chicago’s finest cabaret performers will make “Sentimental Journeys…Musical Tours of the Heart” an unforgettable evening. Chicago’s own nationally lauded singer/director Joan Curto will be honored at this 17th Anniversary Gala Benefit.

Tickets at the door are $65 for Reserved Seating; $32 for General Admission.

More information can be found on the Chicago Cabaret Professionals’ website, www.chicagocabaret.org.

Called a “cabaret icon” by NBC news Chicago, and “an artist with clout” by the Huffington Post, CCP President Emeritus Joan Curto has appeared across the nation often celebrating the music of the Great American Songbook. She is a favorite of Chicago audiences, garnering a reputation for her thoughtful interpretations and powerful voice. Joan has performed in many Chicago theaters and clubs including: the Auditorium Theatre, The Harris Theater, The famed Empire Room, Victory Gardens, Davenports, The Drury Lane Theater, Park West, The Thorne Auditorium and the Claudia Cassidy Theater. She has been seen in numerous Chicago Humanities Festivals and the Mabel Mercer Foundation’s Cabaret Conventions. Nationally, Joan has performed in some of the top cabaret clubs and concert series including New York’s Jazz at Lincoln Center, The Metropolitan Room, The Sharon Lynne Wilson Center in Milwaukee, and The Overture Center in Madison, The Gardenia in Los Angeles and the Colony Hotel, Palm Beach.

Awarded the Chicago After Dark Award for Outstanding Cabaret Artist, she continues to explore the songs of both the Classic and the New American Songbook. She has performed shows across the country featuring the music of Cole Porter, George & Ira Gershwin, Richard Rodgers and Jerry Herman. Recently, Joan garnered extensive praise, and sold out shows featuring the music of Stephen Sondheim. Howard Reich from The Chicago Tribune has praised Joan’s work describing her as “a seasoned interpreter who makes every note count.” Under Curto’s direction, the Auditorium Theatre celebrated the 125th birthday of Cole Porter, featuring many of the songwriter’s most beloved songs, as well as some of his lesser known gems.   These Porter treasures were performed by Paul Marinaro, Tammy McCann, Beckie Menzie, and Tom Michael. You can find Curto’s music on CDBaby.com, ITunes and Amazon or though her website: www.joancurto.com 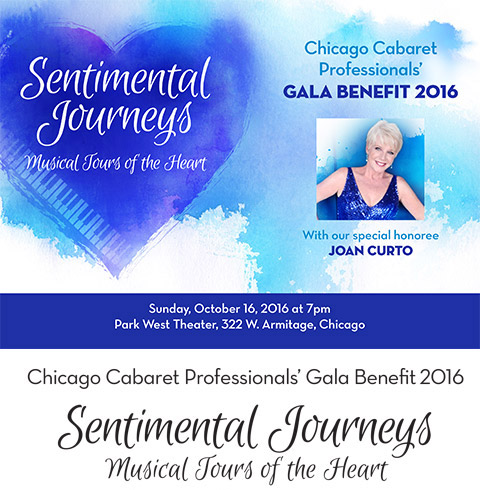