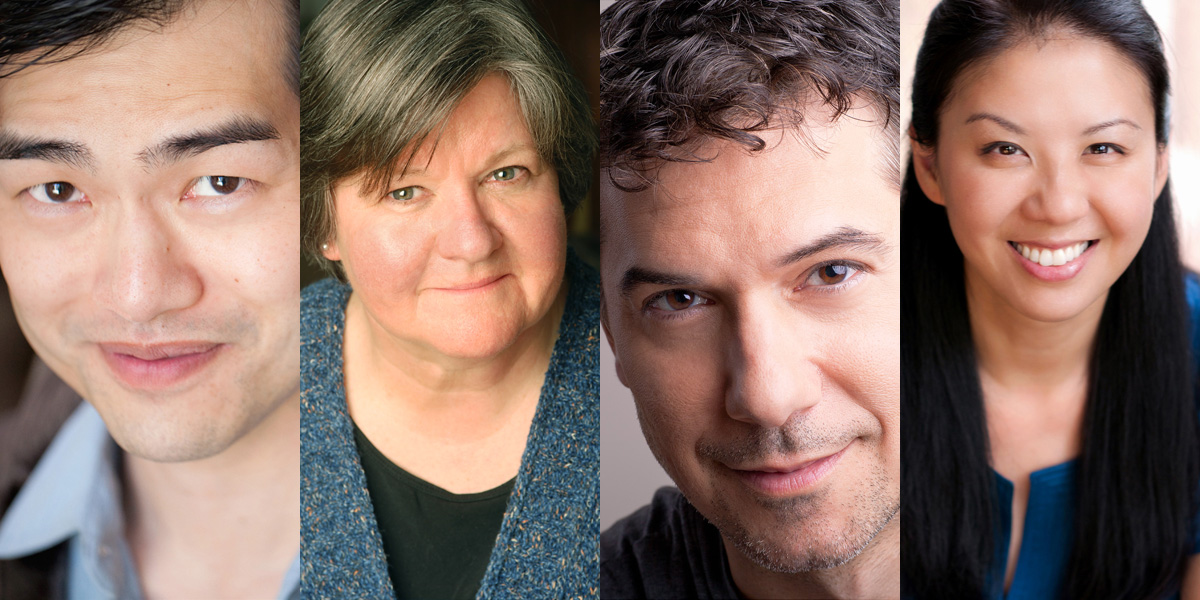 A Chinese dissident artist and activist publishes an incredible account of his harrowing confinement at the hands of the government. But can he prove it? Layers of perception peel back, with echoes of Ai Weiwei, Mike Daisey and Jonah Lehrer, until reality itself comes into question. A hallucinatory new experience featuring celebrated visual and performance artists, CAUGHT explores what happens when we blur the dangerous line between story and truth.

Christopher Chen’s full-length works have been produced and developed across the U.S. and abroad, including at the American Conservatory Theater, Asian American Theater Company, Bay Area Playwrights Festival, Beijing Fringe, Central Works, Cutting Ball, Edinburgh Fringe, hotINK Festival, Impact Theatre, Just Theatre, The Lark, Magic Theatre, Silk Road Rising, Sundance Theatre Lab and Theatre Mu. His play The Hundred Flowers Project, co-produced by Crowded Fire and Playwrights Foundation, won the Glickman Award, the Rella Lossy Playwriting Award, was shortlisted for the James Tait Black Award, and nominated for the Steinberg Award. Other honors include 2nd Place in the Belarus Free Theater International Playwriting Competition; PONY finalist; Jerome Finalist; and the 2013 Paula Vogel Playwriting Award, through which he is currently playwright-in-residence at The Vineyard Theatre. Chris is a graduate of U.C. Berkeley, and holds an MFA in playwriting from S.F. State.

Seth Bockley is a Chicago-based director and playwright. Directing credits include 2666, co-adapted and co-directed with Robert Falls from the novel by Roberto Bolaño, premiering February 2016 at Goodman Theatre; Basetrack Live with En Garde Arts; Lauren Yee’s Samsara and Philip Dawkins’ Failure: A Love Story with Victory Gardens Theater; Marcus Gardley’s The Box with The Foundry Theatre; the English-language premiere of Ewald Palmetshofer’s hamlet is dead. no gravity with Red Tape Theater; Jason Grote’s Civilization (all you can eat) with Clubbed Thumb; Jon and Jason Grote’s 1001 with Collaboraction; numerous events and spectacles with Chicago’s Redmoon; and the clown play Guerra, developed with Devon de Mayo and Mexico City-based troupe La Piara. As a playwright his works include February House, a collaboration with lyricist and composer Gabriel Kahane which premiered at The Public Theater in the spring of 2012; Ask Aunt Susan; The Elephant & The Whale (with Redmoon and Chicago Children’s Theatre); and adaptations of George Saunders’ short stories CommComm and Jon, which won the 2008 Equity Jeff Citation for Best New Adaptation. He teaches at the University of Chicago and is playwright in residence at the Goodman Theatre.

From its first production, 2008’s Dante Dies!! (and then things get weird) to its Jeff Award-winning productions of Roland Schimmelpfennig’s Idomeneus (named one of the best plays of 2012 by Time Out Chicago and the Chicago Sun-Times) and Elizabeth Meriwether’s runaway robotic hit Heddatron at Steppenwolf Theatre, to the recent commercial run of its smash hit Stupid F##king Bird, Sideshow has consistently produced engaging, transcendent works across Chicago. Sideshow continues its multi-year residency at Victory Gardens in the historic Biograph Theater in the 2015/16 season.