Cast announced for Theo Ubique’s “The Most Happy Fella”

Theo Ubique Artistic Director Fred Anzevino has announced a cast for the company’s production of Frank Loesser’s semi-operatic musical The Most Happy Fella that includes talents with experience in the world of opera as well as musical theater. Anzevino will direct, with Jeremy Ramey as Music Director, Adam Veness providing scenic design, Bill Morey costumes, James Beaudry choreography, and Courtney Crouse assistant directing.The Most Happy Fella might be considered the “magnus opus” of theatre composer-lyricist Frank Loesser, who is best known for Guys and Dolls and How to Succeed in Business Without Really Trying. The score includes over 40 musical numbers, including standards like “Standin’ on the Corner” and “Big D,” but has also been described by historian Stanley Green as “one of the most ambitiously operatic works ever written for the Broadway theatre.” Loesser himself said, “Actually all it has is a great frequency of songs. It’s a musical with music.”

The musical, based on Sidney Howard’s play They Knew What They Wanted, is the story of Tony, a middle-aged Napa Valley vintner who makes a mail-order marriage proposal to Rosabella. She accepts the proposal on the mistaken assumption that the photo Tony sent along is of Tony, when it is in fact a picture of the young and handsome farm foreman Joe. It’s a touching love story that has been popular first as a non-musical play and feature film and as this musical filled with sweeping ballads, intense dramatic arias and tuneful, splashy Broadway-style numbers.  This ambitious “Broadway opera” has found a home on opera and musical theatre stages alike and has enjoyed three Broadway revivals since its initial 1956 production.

Appearing as Tony will be William Roberts. Roberts, who most recently appeared as Dr. Falke in Die Fledermaus for Light Opera Works, is a recent transplant to Chicago from Sarasota, Florida, where he appeared in numerous roles for the Sarasota Opera. His love interest Rosabella will be played by Molly Hernandez. Hernandez,  just a sophomore at Loyola University, has already played the leading role of Amalia Balash in that school’s production of She Loves Me in 2016 and has appeared in productions with Chicago’s Collaboraction Theatre Company. 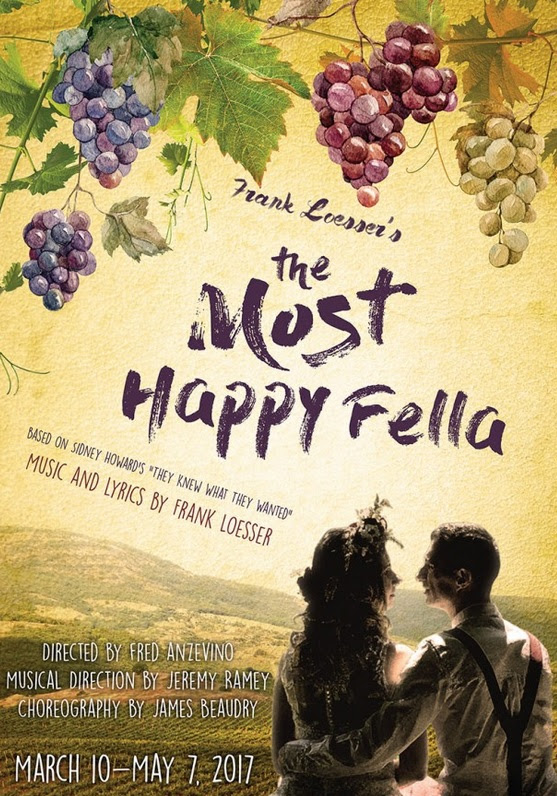 All performances will be staged in the intimate No Exit Café., 6970 N. Glenwood Avenue in Rogers Park. Tickets are on sale now at www.theo-u.org.
Tickets available at www.theo-u.com or by phone at 800-595-4849.

Student Rush All Season Long!
(All unsold tickets are $15 at the door with college ID. Tickets will be sold on site, cash only, at curtain. First come, first served, subject to availability.)

ABOUT THEO UBIQUE
Theo Ubique was founded in 1997 by artistic director Fred Anzevino. Productions were first staged at the Heartland Studio Theatre, and then in 2004, at No Exit Café, where the company began focusing on musicals and revues, reigniting the cabaret theatre trend in Chicago. Since then, Theo Ubique has produced more than 50 shows and received more than 40 Jeff Awards, having received more than 100 nominations. It has also received three After Dark Awards.