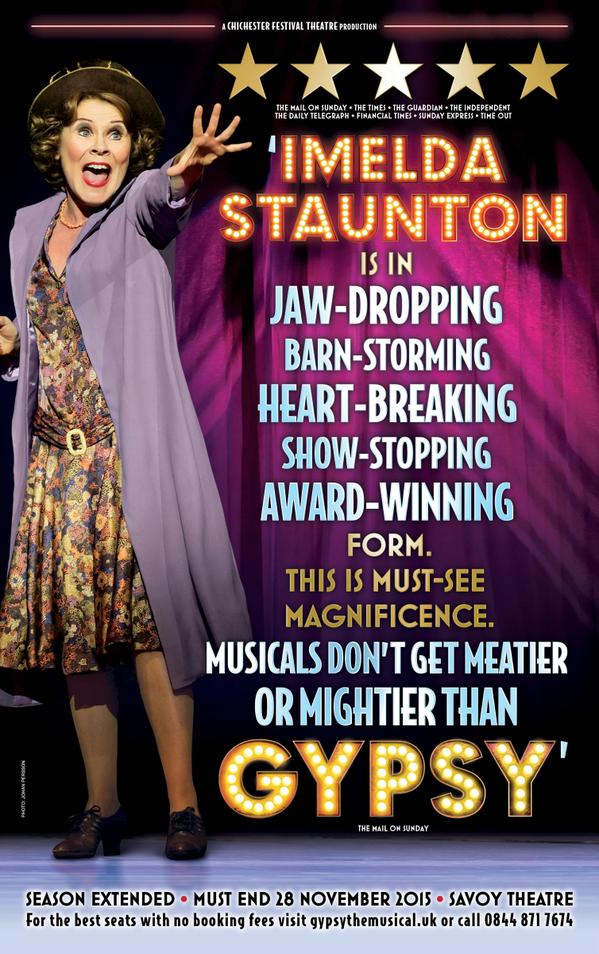 BroadwayHD is available as a monthly subscription for $14.99 with unlimited access to all content, an annual subscription service for $169.99, or as a two-day rental for $7.99 per production.

A musical fable with book by Arthur Laurents, Gypsy has music by Jule Styne, lyrics by Stephen Sondheim suggested by the memoirs of Gypsy Rose Lee, choreography by Stephen Mear, designs by Anthony Ward, musical direction and orchestration by Nicholas Skilbeck, lighting by Mark Henderson and sound by Paul Groothuis.

GYPSY is considered by many to be the greatest of the Broadway musicals. It tells the true story of ambitious showbiz mother Momma Rose, who treks across America with her daughters Baby June and Louise in search of success with their homespun vaudeville act. As times change, Momma Rose is forced to accept the demise of vaudeville and the rise of burlesque, as well as her daughters’ quest for autonomy.

The first production to be seen in London for forty years in a strictly limited season, Gypsy opened at the Savoy Theatre on 15 April 2015 and is produced in the West End by Michael Harrison and David Ian.