Broadway In Chicago is delighted to announce that tickets for the electrifying new musical phenomenon SIX by Toby Marlow and Lucy Moss will go on sale Monday, December 6. SIX will return to Chicago for 14-weeks at Broadway In Chicago’s CIBC Theatre (18 W. Monroe St.) from March 29 through July 3, 2022.

Divorced, beheaded, died, divorced, beheaded, survived. After taking Broadway by storm, SIX makes a triumphant return to Chicago this spring. From Tudor Queens to Pop Princesses, the SIX wives of Henry VIII take the mic to remix five hundred years of historical heartbreak into an exuberant celebration of 21st-century girl power! The female cast is backed by an all-female band, “The Ladies in Waiting.” SIX is the global sensation that everyone is losing their heads over. The New York Times says SIX “TOTALLY RULES!!” and The Washington Post hails SIX as “Exactly the kind of energizing, inspirational illumination this town aches for! The Broadway season got supercharged!”

SIX, which closed in March 2020 due to the pandemic on what was supposed to be opening night, is now playing at the Brooks Atkinson Theatre on Broadway in New York City. The show had a successful North American Premiere at Chicago Shakespeare Theater in the summer of 2019. Prior to Broadway, the show played limited engagements at American Repertory Theater (A.R.T.) in Cambridge, MA, the Citadel Theatre in Edmonton, AB Canada, and the Ordway Center for the Performing Arts in Saint Paul, MN. 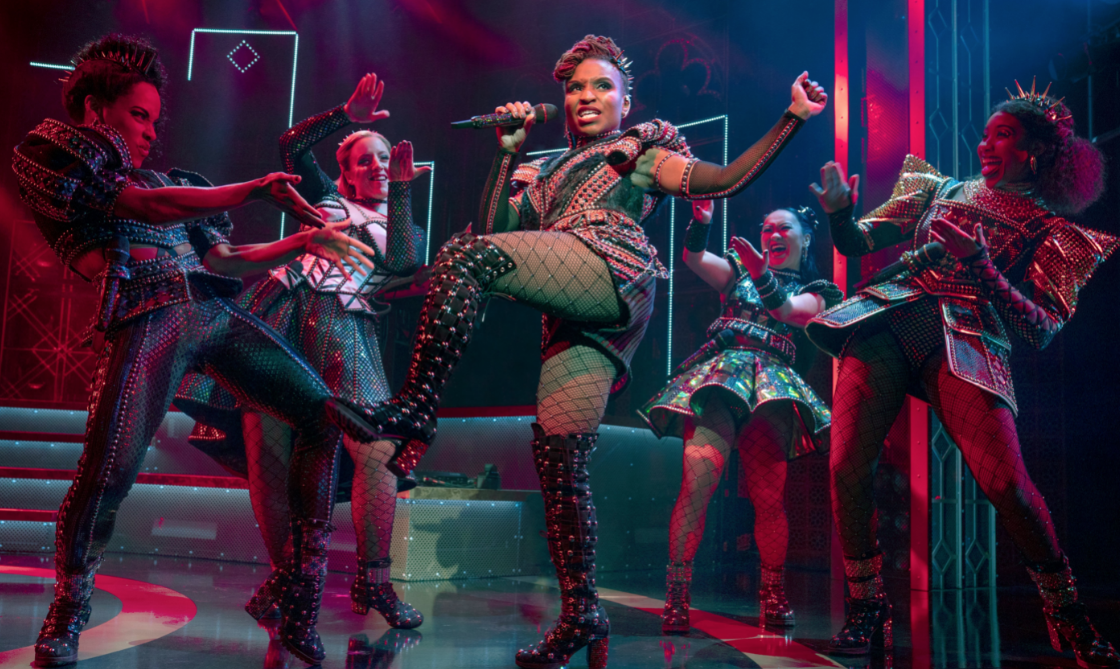 Toby Marlow and Lucy Moss devised the original concept and started writing SIX when they were students at Cambridge University in early 2017. It was first presented as the Cambridge University Musical Theatre Society’s submission to the Edinburgh Festival Fringe later that year, playing a one-month run and featuring student actors. SIX went on to get picked up by UK Producers and a new production was mounted, with professional actors and a predominantly new creative team, at the Norwich Playhouse and then again at Edinburgh Festival in 2018. A limited engagement at the Arts Theatre in London garnered the WhatsOnStage Award for Best Off-West End Production and the show toured the UK in the autumn of 2018 before returning to the Arts Theatre and subsequently the Lyric Theatre on Shaftesbury Avenue. SIX is currently playing an open-ended run at the Vaudeville Theatre on the Strand. SIX earned five 2019 Laurence Olivier Award nominations, including Best New Musical. A UK and Ireland tour is now running concurrently with the London production. An Australian and New Zealand tour will launch this year at Sydney Opera House with dates set for Melbourne, Adelaide, and Wellington.

ABOUT BROADWAY IN CHICAGO
Broadway In Chicago was created in July 2000 and over the past 21 years has grown to be one of the largest commercial touring homes in the country.  A Nederlander Presentation, Broadway In Chicago lights up the Chicago Theater District entertaining more than 1.7 million people annually in five theatres. Broadway In Chicago presents a full range of entertainment, including musicals and plays, on the stages of five of the finest theatres in Chicago’s Loop including the Cadillac Palace Theatre, CIBC Theatre, James M. Nederlander Theatre, and just off the Magnificent Mile, the Broadway Playhouse at Water Tower Place and presenting Broadway shows at the Auditorium Theatre.

COVID-19 Protocol:  Broadway In Chicago audience members are required to wear a mask, a provide vaccination card, and photo I.D. and valid ticket upon entry to the theatre.  For exemptions or if you are unable to be vaccinated (including children) must provide proof of a negative COVID-19 test along with a photo ID and valid ticket. For further information and specifics related to vaccines and tests visit broadwayinchicago.com/covid19

All Broadway In Chicago schedules, productions, and protocols for attendance will continue to be reviewed as further guidance and recommendations are provided by the CDC, Illinois State, and Chicago Departments of Health. For the latest health and safety procedures and guidelines, visit broadwayinchicago.com/covid19.