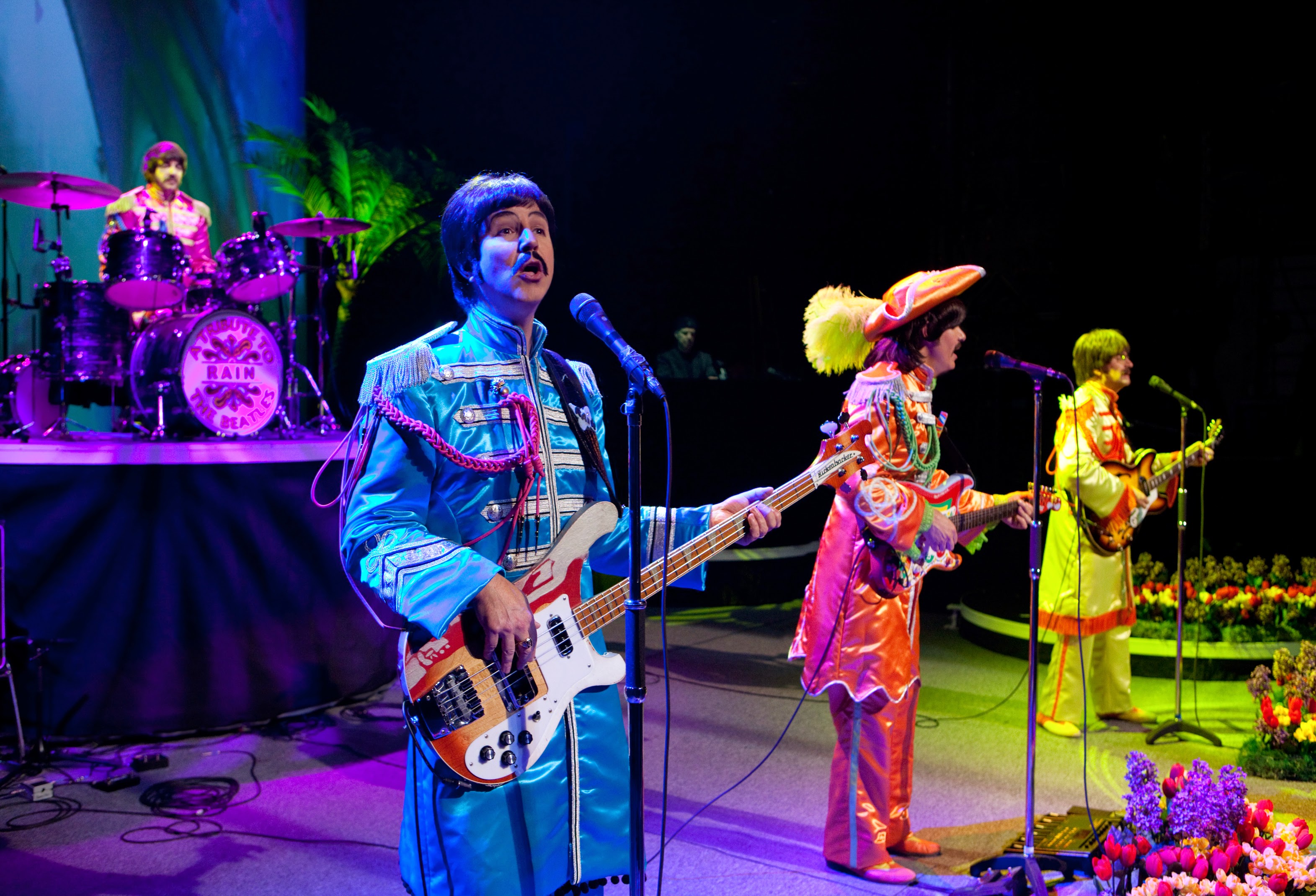 As “the next best thing to seeing The Beatles!” (Associated Press), RAIN performs the full range of The Beatles’ discography live onstage, including the most complex and challenging songs that The Beatles themselves recorded in the studio but never performed for an audience. In addition to the updated sets that include brand new LED, High-Definition screens and multimedia content, new songs have also been included with the launch of the 2013-14 Tour. Together longer than The Beatles, RAIN has mastered every song, gesture and nuance of the legendary foursome, delivering a totally live, note-for-note performance that’s as infectious as it is transporting. From the early hits to later classics (“I Want To Hold Your Hand,” “Hard Day’s Night,” “Sgt. Pepper’s Lonely Hearts Club Band,” “Let It Be,” “Come Together,” “Hey Jude” and more), this adoring tribute will take you back to a time when all you needed was love, and a little help from your friends.

“The enraptured audience relives the soundtrack of its life!”

“On their feet, with arms raised high above their heads, all in the audience were swaying and singing along in blissed-out, nostalgia-powered unison!

“Just turn off your mind, relax and float downstream for a quick fix of nostalgic cheer!”

Like The Beatles, the onstage members of RAIN are not only supreme musicians, but electrifying performers in their own right.

Group tickets for 10 or more for RAIN: A Tribute to the Beatles are now on sale by calling Broadway In Chicago Group Sales at (312) 977-1710. Individual tickets for RAIN will go on sale at a later date.  For more information, visitwww.BroadwayInChicago.com.