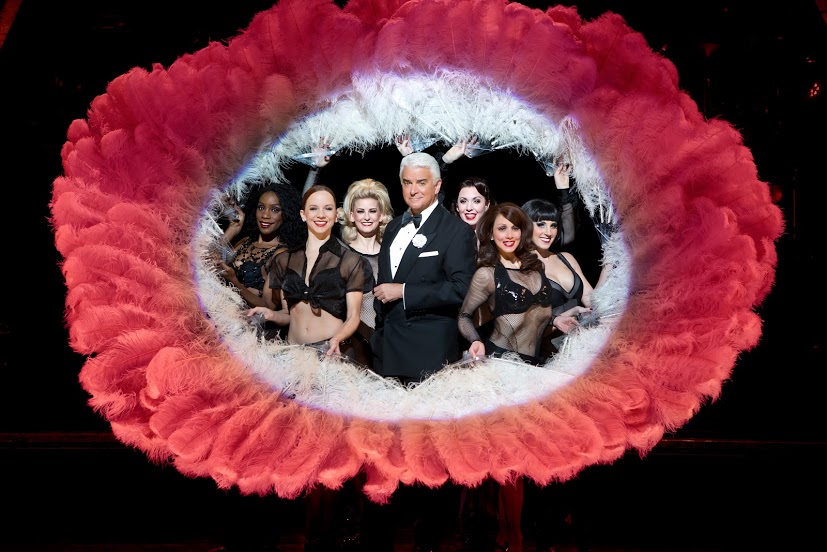 Broadway In Chicago and Producers Barry and Fran Weissler are pleased to announce that individual tickets for the Tony Award® winning smash-hit CHICAGO will go on sale Friday, March 11, and that John O’Hurley, the suave, debonair, award-winning actor and star of stage, TV & film, will return to reprise the role of Billy Flynn in Chicago. CHICAGO returns to Chicago to play the Cadillac Palace Theatre (151 W. Randolph) for a limited one-week engagement, May 10 – 15, 2016.

John O’Hurley (Billy Flynn) the award-winning actor is best known as “J. Peterman” on “Seinfeld,” which is now the #1 syndicated series in the world in 85 countries. He danced his way into the hearts of America as the ultimate champion of the highly rated ABC show “Dancing with the Stars,” and after hosting the hugely successful popular syndicated show “Family Feud,” he returned to the stage in front of sold-out audiences on Broadway in CHICAGO, as the male lead “Billy Flynn” and headlined a tour of duty stint as the head of the Round Table, King Arthur, in Eric Idle’s hilarious musical comedy “Monty Python’s Spamalot.”

As a follow-up to his Billboard chart topping CD “Peace of Our Minds,” O’Hurley released “Secrets from the Lake,” a collaboration of his piano compositions with cellist Marston Smith. It is available on his website www.johnohurley.com and at CDBaby.com. O’Hurley has written two books including hisNew York Times Bestseller “It’s OK to Miss the Bed on the First Jump: And Other Life Lessons Learned from Dogs” and “Before Your Dog Can Eat Your Homework, First You Have To Do It.” His first children’s book, “The Perfect Dog,” was released on October and was selected for the Children’s Book of the Month Club.

Murder. Greed. Corruption. Violence. Exploitation. Adultery. Treachery. Set amidst the razzle-dazzle decadence of the 1920s, CHICAGO is the story of Roxie Hart, a housewife and nightclub dancer who maliciously murders her on-the-side lover after he threatens to walk out on her. Desperate to avoid conviction, she dupes the public, the media and her rival cellmate, Velma Kelly, by hiring Chicago’s slickest criminal lawyer to transform her malicious crime into a barrage of sensational headlines, the likes of which might just as easily be ripped from today’s tabloids.

With a legendary book by Fred Ebb and Bob Fosse, music by John Kander and lyrics by Fred Ebb,CHICAGO is now the #1 longest-running American musical in Broadway history – and it still shows no sign of ever slowing down!

Produced by Barry and Fran Weissler, CHICAGO is the winner of six 1997 Tony Awards including Best Musical Revival and the Grammy Award for Best Musical Cast Recording.
The national tour is directed by David Hyslop and choreographed by David Bushman. Walter Bobbie is the director of the original New York Production and Ann Reinking was the original choreographer in the style of Bob Fosse. CHICAGO features set design by John Lee Beatty, costume design by William Ivey Long, lighting design by Ken Billington and sound design by Scott Lehrer. The production also features orchestrations by Ralph Burns, supervising music direction by Rob Fisher.

CHICAGO has become a worldwide phenomenon with productions in 24 countries and 11 languages since 1996.

CHICAGO is a production not to be missed. And all the reviewers agree. Time Magazine calls it “A Triumph,” Newsweek raves “Smashing” and Entertainment Weekly sums it up by calling CHICAGO“Broadway’s Most Electrifying Show.”