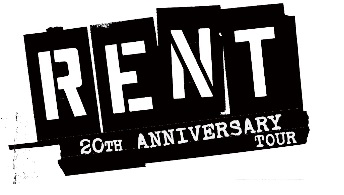 Broadway In Chicago and the RENT 20th Anniversary Tour are excited to announce A SEASON OF LOVE BENEFIT CONCERT featuring cast members from the national tour of RENT playing Chicago’s Oriental Theatre for a limited engagement May 9-14. This live cabaret-style event will take place on Monday, May 8, 2017 from 7-9PM at Sidetrack Video Bar (3349 N. Halsted St., Chicago).

Cast members from RENT will perform a selection of their favorite songs, and the concert will be followed by a special edition of Sidetrack’s Musical Monday featuring songs from the Pulitzer Prize and Tony Award-winning musical, as well as other show-tune videos until 2AM.

There is a $20 suggested donation for A SEASON OF LOVE BENEFIT CONCERT at the door. To learn more about Sidetrack Video Bar, visit www.sidetrackchicago.com.

ABOUT BROADWAY IN CHICAGO
Broadway In Chicago was created in July 2000 and over the past 17 years has grown to be one of the largest commercial touring homes in the country. A Nederlander Presentation, Broadway In Chicago lights up the Chicago Theater District entertaining well up to 1.7 million people annually in five theatres. Broadway In Chicago presents a full range of entertainment, including musicals and plays, on the stages of five of the finest theatres in Chicago’s Loop including The PrivateBank Theatre, Oriental Theatre, Cadillac Palace Theatre, and just off the Magnificent Mile, the Broadway Playhouse at Water Tower Place and presenting Broadway shows at The Auditorium Theatre of Roosevelt University.