Producer Jeffrey Seller is thrilled to announce Tony Award® nominee DANIEL BREAKER will join the Chicago company of HAMILTON as Aaron Burr.  He will begin performances on Tuesday, April 11at The PrivateBank Theatre in Chicago.

Mr. Breaker received a Tony Award® nomination for his role as “Youth” inPassing Strange and was most recently seen on Broadway as “Mafala Hatimbi” in The Book of Mormon. 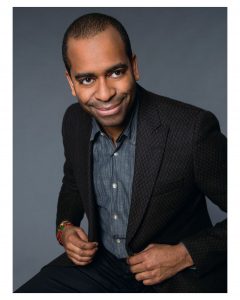 With book, music and lyrics by Lin-Manuel Miranda, direction by Thomas Kail, choreography by Andy Blankenbuehler and musical supervision and orchestrations by Alex Lacamoire, HAMILTON is based on Ron Chernow’s biography of Founding Father Alexander Hamilton.