The Chicago Cubs clinched the National League Central Division title on Thursday, September 15, guaranteeing themselves a spot in the Major League Baseball playoffs. Meanwhile, the cast of Open Space Productions’ revival of the Cubs-themed comedy Bleacher Bums prepared for their own opening day this weekend with a trip to Wrigley Field, to soak in the tradition of the 102-year-old ballpark that is the setting for Bleacher Bums.

Bleacher Bums celebrates a bygone era in which Chicago Cubs fans continually had to “wait until next year”and will be staged just a few blocks from Wrigley Field in The Broadway Theater of the Pride Arts Center, 4139 N Broadway. Bleacher Bums, which premiered 39 years ago at the Organic Theater, will be directed for Open Space by Nich Radcliffe. Radcliffe’s production will begin performances September 22 and run through November 6. Press night is September 24. The run is scheduled to coincide with the League Playoffs in early-mid October and the World Series, which will begin on October 25th and conclude no later than November 2, just days before Bleacher Bums closes on November 6. 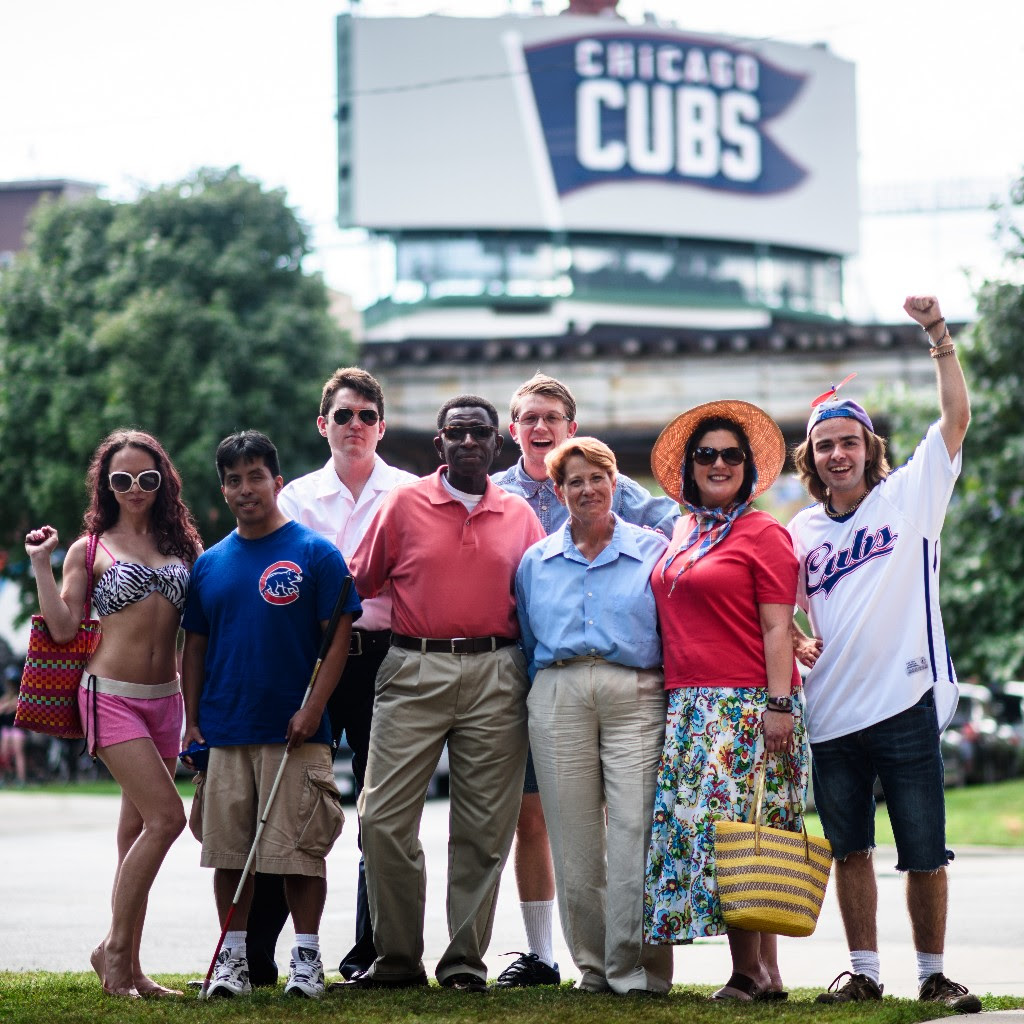 Bleacher Bums, which premiered in 1977, was written collaboratively by members of the Organic Theatre Company, from an idea by actor Joe Mantegna, who appeared in the original cast along with Dennis Franz and seven other actors. In a funny and touching 90 minutes, a collection of unique Cubs fans watch a game between their heroes and their dreaded arch rival, the St. Louis Cardinals, and talk about life as we watch them kvetch, bet, and persevere.

The hard-core fans of the comedy will be played by Israel Antonio, Katherine Bellantone, Erik Burke, Max Downs, Zach Finch, Colin Jones, Gina Phillips, Brady Richter and Amy Sunshine. In what may be a first for this popular comedy, the role of Greg – a blind fan who listens to the games on a transistor radio and provides his own play-by-play will be played by a visually-impaired actor, Israel Antonio.