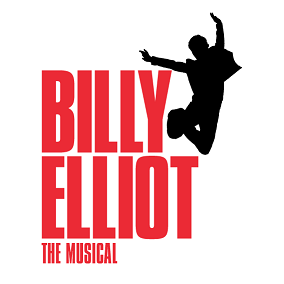 One of the most celebrated musicals on stage today, BILLY ELLIOT has been dazzling London’s West End since 2005, and has captivated over 9.5 million theatergoers around the world. The production is the winner of 10 Tony Awards and 10 Drama Desk Awards, including Best Musical, and features an explosive score by Elton John (The Lion King, Aida) and Book and Lyrics by Lee Hall, who wrote the screenplay for the Academy Award-nominated film that inspired the musical. BILLY ELLIOT is “Thrilling!  Impossible to resist!” (THE NEW YORK TIMES); “A triumph!  The #1 show of the year!” (TIME); and “One of the century’s most thrilling pieces of musical theater!” (SAN FRANCISCO CHRONICLE).

Set during the 1984-85 U.K. miners’ strike in a small working class town in the English countryside, young Billy discovers a passion for ballet and trades in his boxing gloves for dancing shoes. As he struggles against the odds to make his dream of becoming a dancer come true, Billy inspires his family and whole community, changing their lives forever.  This joyous celebration of one boy’s journey defying convention to follow his heart is a must-see theatrical experience.