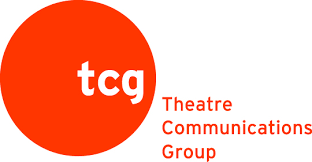 Theatre Communications Group (TCG) is pleased to announce the publication of Thornton Wilder’s adaptation of Ibsen’s classic A Doll’s House. The most recent production of this adaptation was staged in the spring of 2016 by Theatre for a New Audience in Brooklyn, NY. Before that production, the play had not been staged since its record-breaking Broadway premiere starring Ruth Gordon in 1937.“It’s a thrill to encounter this collaboration between these two pioneers of modern theatre. Wilder has created a brilliant version of Ibsen’s great play, which is taut, conversational, and pulsing with life nearly eighty years after it was written.”
—Arin Arbus, director, A Doll’s House, Theatre for a New Audience, 2016

This is the first publication of the adaptation of Ibsen’s classic drama as revitalized through the shrewd lens of American drama master Thornton Wilder. With clarifying dialogue, Wilder uproots this classic from Norway and funnels it through an American lens. The marriage of Ibsen’s naturalistic style with Wilder’s knack for emotional nuance creates a demonstrative edition of the revered A Doll’s House.

“The character of Nora has fascinated me for a long time but I felt that the play, in the form I knew, was too dated… The Thornton Wilder adaptation, however, has restored life and credibility to a drama, which is still one of the finest efforts in our theatrical literature.”
—Ruth Gordon, Cincinnati Times-Star, 1937

Henrik Ibsen is often referred to as the father of modern realism. He is most well-known for his plays Hedda Gabler, Ghosts, The Master Builder, The Wild Duck, Peer Gynt, and An Enemy of the People.

Thornton Wilder is considered to be one of the most accomplished American playwrights and novelists of the twentieth century. He received three Pulitzer Prize Awards for Our Town (1938), The Skin of Our Teeth (1943), and The Bridge of San Luis Rey (1928). His novel The Eighth Day received The National Book Award in 1968. Our Town is the most-produced American play in the world.

For over 50 years, Theatre Communications Group (TCG), the national organization for U.S. theatre, has existed to strengthen, nurture and promote the professional not-for-profit theatre. TCG’s constituency has grown from a handful of groundbreaking theatres to nearly 700 Member Theatres and Affiliate organizations and more than 12,000 individuals nationwide. TCG offers its members networking and knowledge-building opportunities through conferences, events, research and communications; awards grants, approximately $2 million per year, to theatre companies and individual artists; advocates on the federal level; and serves as the U.S. Center of the International Theatre Institute, connecting its constituents to the global theatre community. TCG is North America’s largest independent trade publisher of dramatic literature, with 14 Pulitzer Prizes for Best Play on the TCG booklist. It also publishes the award-winning American Theatre magazine and ARTSEARCH®, the essential source for a career in the arts. In all of its endeavors, TCG seeks to increase the organizational efficiency of its member theatres, cultivate and celebrate the artistic talent and achievements of the field and promote a larger public understanding of, and appreciation for, the theatre. www.tcg.org.