ALISON VESELY, ARTISTIC DIRECTOR AND CO-FOUNDER OF FIRST FOLIO THEATRE DIES AT THE AGE OF 59 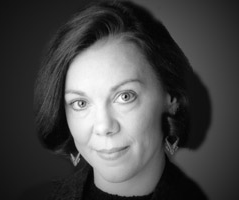 While serving as Artistic Director, Alison directed many acclaimed productions on their outdoor summer stage, including The Winter’s Tale (co-directed with her daughter Hayley Rice), The Merchant of Venice, Shylock and His Daughter, Richard III, The Tempest (1997 & 2006), The Taming of the Shrew (1999 & 2005), Hamlet, The Comedy of Errors, Twelfth Night,Antigone, As You Like It, Macbeth (2001), Much Ado About Nothing (2000), Romeo and Juliet, and A Midsummer Night’s Dream (1998). On the indoor stage her credits include the world premieres of The Madness of Edgar Allan Poe: A Love Story (written by her husband David Rice), as well as world premieres of The Gravedigger and Salvage (both by Artistic Associate Joseph Zettelmaier); Will Rogers: An American Original, and The Castle of Otranto; and the Chicago premieres of Jeeves Takes a Bow, Jeeves in Bloom, Jeeves Intervenes, and The Passion of Dracula.  In 2009, she was nominated for a Jeff Award for her direction of A Moon for the Misbegotten, which was also nominated for Best Production.

Other First Folio directing credits on the indoor stage include Laughter on the 23rd Floor, Rough Crossing, The Rainmaker, Underneath the Lintel, The Turn of the Screw, Unnecessary Farce, Tea at Five, The Woman in Black, Blithe Spirit, Design for Living, Driving Miss Daisy, Angel Street, Private Lives, and The Importance of Being Earnest. Before founding First Folio, Alison was the Classics Project Director for Footsteps Theatre, a women’s theater company specializing in all-female productions of Shakespeare’s plays. Alison worked as the Folio Director and Dramaturge on many productions at Footsteps, including Romeo and Juliet, A Midsommer Night’s Dreame, and Macbeth. She also performed in these productions, earning an After Dark Award for the title role in their production of Macbeth. Other directing credits include Twelfth Night (Wayne State Univ.), Richard III (Hilberry Theatre, Detroit), Richard III (Footsteps and Shakespeare’s Herd at the Chicago Cultural Center), Real Human Dialogue, and Riders to the Sea. Alison served for a number of years as an adjudicator for the Kennedy Center American College Theater Festival and the Irene Ryan Awards as well as serving a three-year term on the Theater Program Grants Panel for the Illinois Arts Council.  She is a proud 1979 graduate of Illinois Wesleyan University.

Her husband David shared that, “The blessings she gave me include 35 years of marriage, the raising of our wonderful daughter Hayley, and the joy of spending 20 years creating great theater filled with love for all of our theater artists as well as for our audiences.” He stressed that moving ahead First Folio Theatre will continue to offer exceptional opportunities to female artists, as this has always been and will remain an important part of First Folio’s goals.

A February Memorial service is being planned.