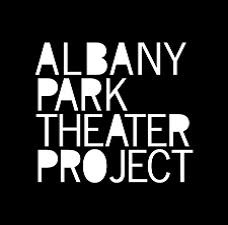 Albany Park Theater Project (APTP) today was awarded the prestigious MacArthur Award for Creative and Effective Institutions. The Award recognizes exceptional nonprofit organizations who have demonstrated creativity and impact, and invests in their long-term sustainability with sizable one-time grants. “We are overjoyed to be recognized in the company of these other prestigious institutions that anchor Chicago’s dynamic cultural landscape,” said David Feiner, APTP Co-founder and Producing Artistic Director. “As APTP approaches its twentieth anniversary, this funding – the largest single grant in our history – will allow the youth artist-activists of Albany Park Theater Project to envision and realize some of the most innovative creative journeys ever undertaken by a youth theater.”

Albany Park Theater Project has built a reputation for amplifying the voices and stories of individuals and communities that too often go unheard. APTP is known for its high artistic standards, its imaginative performance style and honest storytelling, and for fearlessly tackling issues such as immigration, poverty, racism, housing, domestic violence, food policy and education.

Since its founding in 1997, Albany Park Theater Project has premiered 19 original plays, all collaboratively created by a multiethnic youth ensemble and an expansive team of directors and designers, and all based on interviews conducted by the ensemble. APTP has performed for more than 50,000 people, shed light on and humanized critical social justice issues, opened the Albany Park neighborhood’s first performing arts space, and received numerous local and national awards. These artistic and civic accomplishments propel participating youth into bright futures, with 80 percent becoming first-generation college graduates by the age of 25, supported by APTP’s College Access and Success program.

APTP will use its $400,000 MacArthur Award to establish an operating reserve and opportunity fund that provides financial stability and allows the company to seed innovative projects, including new collaborations with local, national and international artists and social justice organizations. The funding will also support organizational infrastructure so that APTP can plan major artistic and programmatic projects 3-5 years in advance.

The MacArthur Award has been presented annually since 2006 to organizations across the country and around the world that demonstrate exceptional creativity and effectiveness. This year’s 14 recipients are drawn exclusively from Chicago’s diverse arts and culture community in order to strengthen the city’s vibrant cultural life and underscore the Foundation’s commitment to its hometown. Each year, MacArthur supports more than 300 arts and culture groups in Chicago, awarding more than $10 million in grants, mostly through general operating support.

“These superbly imaginative organizations exemplify Chicago’s thriving arts and culture community, which is vibrant and economically vital to the region,” said MacArthur President Julia Stasch. “Support for these diverse and leading organizations reflects our enduring commitment to Chicago and to its cultural life that enriches us all.”

According to MacArthur, the Award is not only recognition for past leadership and success but also an investment in the future. For these Awards, the Foundation does not seek or accept nominations. To qualify, organizations must demonstrate exceptional creativity and effectiveness; have reached a critical or strategic point in their development; show strong leadership and stable financial management; have previously received MacArthur support; and engage in work central to one of MacArthur’s core programs.

Additional information about this year’s MacArthur Awards is at macfound.org/MacAward.
About Albany Park Theater Project

Albany Park Theater Project is a multiethnic youth ensemble that inspires people to envision a more just and beautiful world. APTP’s youth ensemble tells the real-life stories of those whose lives are not normally represented on stage. Since its founding, APTP teens have created 19 original, evening-length plays, performed for more than 50,000 people, and opened Albany Park’s first performing arts space. APTP has received numerous local and national awards, most notably the Midwest Light of Human Rights Award from the National Immigrant Justice Center and the Coming Up Taller Award from the President’s Committee on the Arts and Humanities. For more information about APTP performances, projects and programs, visitaptpchicago.org or call 773.866.0875.