Chicago’s multi-talented RASHADA DAWAN discusses the U.S. premiere of DJEMBE! THE SHOW and cross-cultural effect this ancient instrument has had on society. DJEMBE! The Show, begins performances March 19, 2019 at the Apollo Theater, 2540 N. Lincoln Avenue, Chicago. For more information including tickets visit djembetheshow.com. 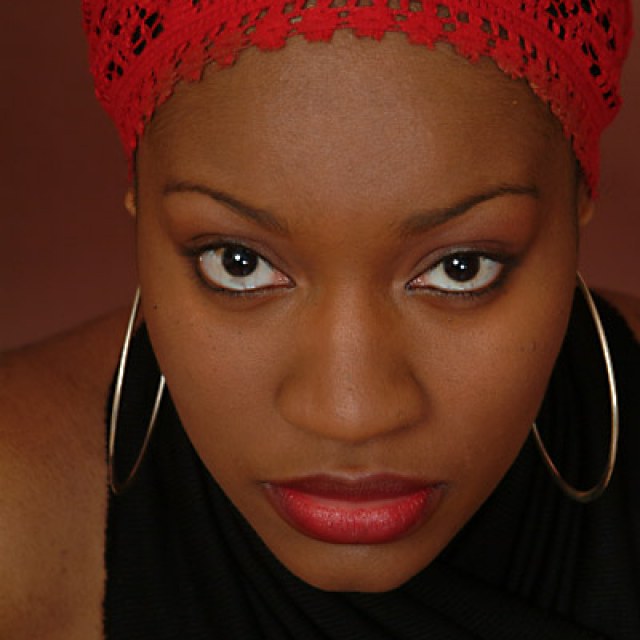 Following a smash-hit international tour, the new, interactive theatrical event, DJEMBE! The Show, makes its U.S. debut at the Apollo Theater (2540 N. Lincoln Avenue, Chicago), for a strictly limited engagement starting performances on March 19, 2019 (with an official premiere on Thursday, April 11, at 7:30 p.m.). DJEMBE! (JEM-bay) will engage audiences in a high-energy program of powerful storytelling and inspiring music, including iconic pop hits. Leading this lively musical journey will be the trio of Broadway talent Ben Hope (Once) as Emcee; critically-acclaimed Chicago musical theater artist Rashada Dawan(Caroline, or Change) on lead vocals; and Guinean master drummer and folklorist Fodé Lavia Camara, backed by an ensemble of world-class musicians. 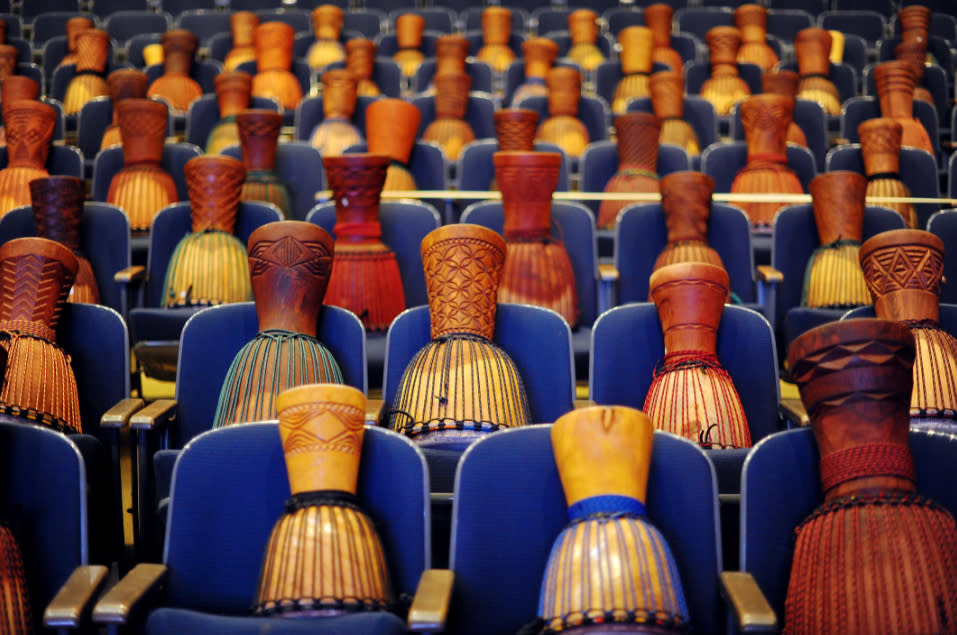 This U.S. debut is proudly presented by Ashley DeSimone Productions in partnership with TSG Theatricals.

“Upon seeing this show, I was immediately reminded of how I felt at Blue Man Group when that show first launched: exhilarated, transported, alive.  DJEMBE! is an uplifting journey that I think individuals, friends and families all want to experience right now.  Audiences can choose to interact musically with our storytellers, which is surprisingly fun and also unique,” said DeSimone.  “We are delighted to have our initial U.S. home be in Chicago.”

Added Manuel, “What’s particularly exciting is the transformative nature of the experience when there are more than four hundred people in the audience playing music together. Versions of DJEMBE! have already been used by companies including Google, McDonald’s, IBM, Nestle, and Procter & Gamble to illustrate the importance of collaboration and community.  World-class entertainment, but with an important message.  One of our biggest fans is Oprah Winfrey, who chose DJEMBE! to open one of her OWN SuperSoul sessions!”

Tickets range in price from $39.00 – $69.00 and are now on sale at www.djembetheshow.com, the Apollo Theater box office, phone (773) 935-6100, and online at www.ticketmaster.com. Enjoy special pricing in the first week of preview performances (March 19-24) when all tickets are priced at $39.00. DJEMBE! The Show is enjoyable for all ages; single ticket discounts are available for students and seniors. Discounts for groups of 10 or more are available through Group Theater Tix, (312) 423-6612, www.grouptheatertix.com.

The Apollo Theater, located in the heart of Chicago’s Lincoln Park, has been home to many of the city’s biggest hits including, most recently, Million Dollar Quartet, which became the longest-running Broadway musical in Chicago history. Recently renovated and fully accessible, the Apollo Theater’s intimate 435-seat mainstage continues to deliver world-class theater as one of the city’s premiere off-Loop houses.

Ashley DeSimone runs her namesake producing office, Ashley DeSimone Productions, where she brings new plays and musicals to the stage, and manages Fortune Theatrical Ventures, an investment portfolio focused on global live entertainment projects for clients and theater fans who want to own what they love. DeSimone has produced theater on Broadway, Off Broadway, in the West End, at U.S. regional theaters and in markets all over the world.  www.ashleydesimoneproductions.com

Foresight Theatrical is an industry leader in general management services for Broadway and touring productions. Foresight has managed some of the most famous shows of all time, including Les Misérables, Spider-Man: Turn Off The Dark and the longest-running production in Broadway history, The Phantom of the Opera.  In addition, the current roster of productions includes the Tony Award-winning Kinky Boots in London and Australia, The Band’s Visit, The Lifespan of a Fact, King Kong, The Prom, Girl From The North Country at The Public Theater and Moulin Rouge!

For more information on DJEMBE! The Show, please visit https://djembetheshow.com/.