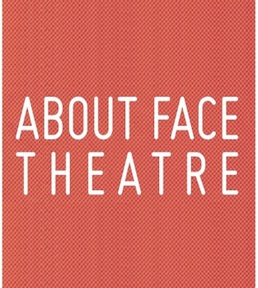 Paul Oakley Stovall’s CLEAR offers a musicalized, first-hand account of one man’s experience working on a presidential campaign.    Set at the crossroads of the political and the personal, CLEAR sings a tale of destiny, luck, and the commonality of the human experience.  From the streets of NYC, to the American heartland, to the breathtaking and haunting slave castles of Ghana, our storytellers continue to find that change is inevitable… and (r)evolutionary.  Following Stovall’s recent success with Immediate Family, CLEAR is a spiritual quest in our decidedly computerized times, fusing music, memory, ancestry and pure love to remind us how best to live life.

Paul Oakley Stovall (Book, Music & Lyrics) has been writing since the age of 16 when his first volume of poetry, Another Piece of Hope, was published by Trail Press. His first play, Love Rules, (which he also directed) received its world premiere at the Theatre School, DePaul University. His second play, As Much As You Can has been produced to acclaim in Chicago at Dog & Pony Theatre Company, at New York’s International Fringe Festival, at Celebration Theatre in Los Angeles (Hendel Productions and David Tarlow,Producers – 2009 GLAAD Media Award nomination) and at the Diversionary Theatre in San Diego. A revised version, now titled Immediate Family, tells the story of an African American family living on Chicago’s Southside. It received a commercial run produced by Paul Boskind and Ruth and Steve Hendel, co-produced with About Face Theatre at the Goodman Theatre, directed by Phylicia Rashad, in June 2012 (currently BTAA and Jeff nominated). Mr. Boskind and the Hendels have also commissioned Paul to write the adapted screenplay with writing partner Laura Eason.  Stovall’s play, APE, received its world premiere at Dog & Pony in the fall of 2007 to critical praise, and it received a staged reading in Los Angeles at Celebration.  His work has been developed at About Face Theatre and San Francisco Playhouse. CLEAR was featured at the 2010 Tony Award-winning O’Neill National Music Theatre Conference, at About Face’s XYZ Festival in Chicago, at Joe’s Pub and at Dixon Place in NYC.

STEW (Additional Music) is a Tony Award winner (Best Book of a Musical) and four-time nominee for his groundbreaking musical Passing Strange.  His current projects with writing partner Heidi Rodewald include Stagger Lee and an untitled project about a touring band. Stew and Heidi are currently on tour. For dates, visit www.stewsongs.com.

CLEAR is presented as a part of the Chicago Department of Cultural Affairs and Special Events’ residency program In the Works. In the Works gives emerging and established performing artists the opportunity to test-drive new work in a public setting. Each residency is tailored to the needs of the artist or company and their project. In the Works is supported by a grant from The Boeing Company.

About Face Theatre (Bonnie Metzgar, Artistic Director; Jason L. Held, Executive Director) is one of Chicago’s most acclaimed theatre companies, and is a national leader in the development of new work exploring gender and sexual identity.  Since its founding by Kyle Hall and Eric Rosen in 1995, the company has premiered more than 45 world premieres by writers and directors who have been recognized with several Tony Awards, The Pulitzer Prize for Drama, The MacArthur Fellowship and dozens of Joseph Jefferson Awards.