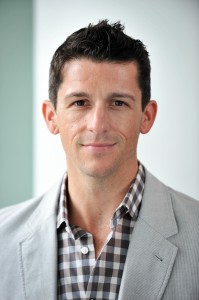 The 7th Annual Chicago Dancing Festival begins August 20, 2013 and co-founder Jay Franke returns to the Showbiz Chicago to discuss the enormous success the of the festival as well as this years various dance companies and program. For more information visit ChicagoDancingFestival.com

Highlights this year include two Chicago Dancing Festival Commissions, the Chicago Premiere of Swedish choreographer Alexander Ekman’s Episode 31 performed by The Joffrey Ballet and the Premiere of Lane Alexander’s and Bril Barrett’s In the beginning… performed by Chicago Human Rhythm Project.

All programs are subject to change.

All events are free but tickets for the indoor performance showcases (Harris Theater, Auditorium Theatre and two MCA shows) are reserved in advance.  Tickets for these shows became available starting July 16 and “sold out” within hours.  All tickets will be held at Will-Call.

However, any tickets unclaimed 15 minutes prior to curtain time each night will be released to those in aStand-by line.  Stand-by lines begin one hour before the performance, in person only.  All seating for all venues is general admission.

No tickets are needed for the outdoor “Celebration of Dance” Grand Finale performance at the Pritzker Pavilion, Saturday, August 24.

About the Chicago Dancing Festival

Established in 2007, the Chicago Dancing Festival was founded to elevate awareness of dance in Chicago, to increase accessibility to the art form and to provide inspiration for local artists.  Its mission is to present a wide variety of excellent dance, enrich the lives of the people of Chicago and provide increased accessibility to the art form, thereby helping create a new audience.  Its vision is to raise the national and international profile of dance in the city, furthering Chicago as the “dance capital of the world” (as Mayor Rahm Emanuel put it at the 2012 Chicago Dancing Festival).

Lar Lubovitch (Founder, Artistic Director) is one of America’s most versatile and highly acclaimed choreographers and founded the Lar Lubovitch Dance Company 45 years ago.  In the years since, he has choreographed more than 100 dances for his New York-based company, which has performed in nearly all 50 American states as well as in more than 30 foreign countries.  Born in Chicago, Mr. Lubovitch was educated at the University of Iowa and the Juilliard School in New York.

Jay Franke (Founder, Artistic Director) began his formal training at Booker T. Washington High School for the Performing and Visual Arts in Dallas, Texas.  In 1993, he was selected as a Finalist for the Presidential Scholar in the Arts and accepted into the Juilliard School.  Upon receiving his BFA in Dance from the Juilliard School, Mr. Franke went to work with the Twyla Tharp Dance Company, “THARP!”  Mr. Franke has since danced with The 58 Group, Lyric Opera Ballet Chicago, Hubbard Street Dance Chicago and was a leading dancer in the Lar Lubovitch Dance Company from 2005 to 2010.

For more information on the Chicago Dancing Festival, its history and 2013 offerings, check out the newly redesigned www.chicagodancingfestival.com.